Rwanda’s FDU-Inkingi Party leader, peace and social justice activist Victoire Ingabire Umuhoza [3], spoke to Ann Garrison for Womens’ International News Gathering Service (WINGS) [4] in July 2010, near the close of Rwanda’s 2010 presidential election year, which was really an election stage play complete with election observers from the U.S. and the U.K. Incumbent Rwandan President Paul Kagame was “re-elected” on Aug. 9, receiving 93 percent of the vote, an implausible victory in any pluralist democracy, though 3 percent less than the 96 percent he received in Rwanda’s 2003 presidential election.

On Aug. 13, President Barack Obama’s National Security Council issued a statement [5] expressing concern about disturbing events leading up to the polls, including human rights abuse, suppression of the press and the exclusion of the opposition. NSC spokesman Mike Hammer wrote: “Democracy is about more than holding elections. A democracy reflects the will of the people, where minority voices are heard and respected, where opposition candidates run on the issues without threat or intimidation, where freedom of expression and freedom of the press are protected.”

The statement, notably, did not congratulate President Paul Kagame on his re-election.
[6]
Rwanda President Paul Kagame
Human rights activists and Africa advocates, including the Africa Faith and Justice Network [7] and Friends of the Congo [8], have called for sustained attention on Rwanda, suspension of all military aid and a freeze on $240 million worth of non-military aid until Kagame releases all political prisoners, lifts bans on the press and opens political space. All the issues that Victoire and I discussed in July and throughout this year remain, including:

*
political opponents still missing, in prison, or, like Victoire Ingabire, still indicted under Rwanda’s repressive laws against speech crime
*
no response to Human Rights Watch, Amnesty International and opposition calls for investigation of recent political assassinations
*
suppression of the press;
*
extreme rural poverty and increasing inequality between the majority rural population and a privileged urban elite;
*
mono-cropping that exhausts the soil and leaves Rwandans hungry for the sake of agricultural exports enriching the elite;
*
biofuels crops planted on scarce Rwandan agricultural land by a California-based multinational, despite widespread hunger;
*
natural gas extraction in Lake Kivu, endangering the populations on both the Rwanda and Congo sides of the lake;
*
refugees in Rwanda’s neighbors, DR Congo and Uganda, who are cause and excuse for military incursion by the Rwandan Defense Force.

On Aug. 17, less than one week after Rwanda’s dubious poll results, the Rwandan government issued new security directives in the city of Kigali, requiring that everyone entering a hotel be searched, that hotels be equipped with detectors in one week, that all bars be equipped with power generators to keep lights on in the event of a blackout and that no one drive through the streets with tinted car window glass. Victoire Ingabire Umuhoza and the FDU issued a statement, saying that the atmosphere remains tense and called on the international community to “stay with Rwanda.”
Listen to the broadcast
Audio clip: Adobe Flash Player (version 9 or above) is required to play this audio clip. Download the latest version here [9]. You also need to have JavaScript enabled in your browser.
Transcript

WINGS host Frieda Werden: Rwanda’s Aug. 9, 2010, presidential election had a foregone conclusion: another term for Paul Kagame, the U.S.-backed Tutsi general who led the takeover of 1994. One of Kagame’s most prominent opponents is Victoire Ingabire Umuhoza, who chairs the United Democratic Forces. She speaks with Ann Garrison in today’s edition of WINGS. [musical interlude]

Welcome to WINGS, a series of news and current affairs programs by and about women around the world, produced and distributed by the Womens’ International News Gathering Service.

Ann Garrison: In January this year, 2010, Victoire Ingabire Umuhoza returned to her native Rwanda, an East African nation of 10 million people. She had been in Europe for 16 years, where she earned degrees in business and commercial law, worked for an international accounting firm, married and had three children, and became the exile leader of the Unified Democratic Forces, a coalition of Rwandan political parties.
[10]
Rwanda Trading Co. workers sort coffee beans for sale to Starbucks, Folgers and other buyers in the West. The students who toured the private factory and took this photo as part of ONE Campus Challenge, a friendly competition to determine which university's student body has the most effective global poverty-fighting campaign, were impressed with what they were told about the coffee farmers’ earnings. They apparently didn’t learn that farm families encouraged to use their small landholdings only for cash crops rather than food often go hungry. – Photo: One.org

She returned to contest Rwanda’s 2010 presidential election, to run against incumbent Rwandan President Paul Kagame. Many observers believe that she would have been the leading candidate had she been able to officially enter the race. Instead, she was arrested and forbidden to leave Kigali City to speak to the majority of Rwandans, 90 percent of whom are rural subsistence farmers suffering extreme poverty, malnutrition, illiteracy, high infant mortality and low life expectancy.

Three months after her return, in a speech commemorating the victims of the 1994 Rwanda genocide, President Paul Kagame referred to her as a political hooligan but refused to speak her name:

Rwandan President Paul Kagame (recorded on April 7, 2010): “Some people want to encourage political hooliganism. Some people just come from nowhere, useless people. I see every time in the pictures, you know, some lady, who had her deputy, a genocide criminal, her deputy, talking about, you know, “You know there is Rwanda genocide, but there is another” – so that is politics. And the world says “the opposition leader!” Well, I know those who say it and who support that. They know it is wrong, but it is an expression of contempt these people have for Rwandans and for Africans, that they think Africans deserve to be led by these hooligans. And that’s – to that we say no, a big no. And if anybody wants a fight there, we will give them a fight.”

Ann: Kagame has indeed, since that statement, given Victoire and all his other serious political opponents a big fight, though few would call it a fair one. On June 24, Rwandan police surrounded the house Victoire had been renting in Kigali and threw up roadblocks to prevent her exit or entry. On the same day, police arrested another presidential candidate, Bernard Ntaganda, several of Ntaganda’s party members disappeared, and police arrested dozens of opposition party members who were attempting to protest their exclusion from the presidential election, which was, by then, only six weeks away. Also on the same day, Umuvugizi journalist Jean Leonard Rugambage was gunned down in front of his home in Kigali after he reported that Rwandan President Paul Kagame had ordered the assassination attempt on an exiled Rwandan general in Johannesburg, South Africa.

Reports of arrest, torture and even assassination of opposition politicians and press critical of Kagame have continued since.

On July 11, Victoire Ingabire spoke to WINGS from Kigali, despite the state’s warning that she might be arrested again if she continues to speak to the press. She speaks Dutch, French and her native Kinyarwanda language and, in recent months, she has learned English so as to speak to citizens of the U.S. and the U.K., the powers that have been dominant in the region since the Rwanda genocide.

Ann: Welcome, Victoire, and thank you for agreeing to speak to WINGS, despite the danger that it puts you in.

Victoire: You are welcome and thank you for your interest for the plight of Rwanda people.

Ann: Can you describe the state of your party, the FDU-Inkingi Party, and the opposition parties today? How many remain under arrest? How many have been freed? How many are missing?

Victoire: So far, only two members of opposition arrested on 24 June remain in detention. You know that Bernard Ntaganda, the founder and president of PS Imberakuri [political party] is still in jail. And Alice Muhirwa, who is the treasurer of FDU-Inkingi, you know that she is now still recovering from torture meted against her by police during her detention. And Mr. Luswanga Toba, the secretary of Mr. Ntaganda, who disappeared on 20 June – even till today, we don’t know where he is.

And there are also seven members of PS Imberakuri – we don’t know where they are. And people complained to the court about torture and showed the scars and the other evidence of torture. But the ruling of the judge eluded this issue. It is a kind of blank check to the police to go on torturing people. And I was also shocked to hear that the police tried to corner them into giving false evidence against Bernard Ntaganda and myself.

Ann: I spoke to Frank Habineza, chair of the Democratic Green Party of Rwanda and the African Greens Federation, who said that there are now highly armed military foot patrols with their fingers on the triggers at almost all small roads and paths in the city of Kigali and at road blocks in some places. Is that what you see happening? And if so, how are you encouraging Rwandans to respond?

Victoire: Yes, there is a heavy deployment of security personnel. I encourage Rwandese people to fight for their rights but not to respond to the provocation because it would be playing the game of the regime.

Ann: They want to provoke the population into responding violently so that they can respond violently themselves?

Victoire: Of course. This is why I ask the Rwandese people, “Don’t respond to the provocation.”

Victoire: You know, I have called the international community, especially the countries backing the current regime, to realize that they are not doing a service to the people of Rwanda by supporting an uncompromising regime. It is in nobody’s interest to keep on the current standoff.
http://www.globalresearch.ca/PrintArticle.php?articleId=20715
I

See, when I saw this post I thought that must be Brother Ankhur. And I was right

Good to see you bringing international affairs on here Brother.

Rwanda is a sad case, really. What seems a bit different here is that the country (people) is actually trying to move on from the genocide back in the 70/80's, although I shouldn't talk because I haven't been there. But my woman is from Burundi and although she has some serious bias, all her extended family seems to be good with the other people. Only thing they need is a good politician and the whole thing will be straightened out.

Not holding my breath though.

See, when I saw this post I thought that must be Brother Ankhur. And I was right

Good to see you bringing international affairs on here Brother.

Rwanda is a sad case, really. What seems a bit different here is that the country (people) is actually trying to move on from the genocide back in the 70/80's, although I shouldn't talk because I haven't been there. But my woman is from Burundi and although she has some serious bias, all her extended family seems to be good with the other people. Only thing they need is a good politician and the whole thing will be straightened out.

Not holding my breath though.

You see brother that is why , I always make the plea for viable, Black African sources of information, because the white press has a habit of leaving out facts, like the point ou mention, and over here we get confused, when instead,
we need to have the combined united focus of a laser 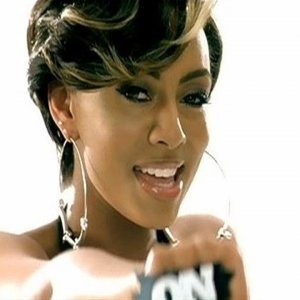