The flood of “fake news” this election season got support from a sophisticated Russian propaganda campaign that created and spread misleading articles online with the goal of punishing Democrat Hillary Clinton, helping Republican Donald Trump and undermining faith in American democracy, say independent researchers who tracked the operation.

Russia’s increasingly sophisticated propaganda machinery — including thousands of botnets, teams of paid human “trolls,” and networks of websites and social-media accounts — echoed and amplified right-wing sites across the Internet as they portrayed Clinton as a criminal hiding potentially fatal health problems and preparing to hand control of the nation to a shadowy cabal of global financiers. The effort also sought to heighten the appearance of international tensions and promote fear of looming hostilities with nuclear-armed Russia.

Two teams of independent researchers found that the Russians exploited American-made technology platforms to attack U.S. democracy at a particularly vulnerable moment, as an insurgent candidate harnessed a wide range of grievances to claim the White House. The sophistication of the Russian tactics may complicate efforts by Facebook and Google to crack down on “fake news,” as they have vowed to do after widespread complaints about the problem.

There is no way to know whether the Russian campaign proved decisive in electing Trump, but researchers portray it as part of a broadly effective strategy of sowing distrust in U.S. democracy and its leaders. The tactics included penetrating the computers of election officials in several states and releasing troves of hacked emails that embarrassed Clinton in the final months of her campaign.

i been trying to point this out for a minute. nobody wanted to hear it....

Dark City Lite said:
So what? So what what? Like you I just asked a benign question. Such a sought after coveted position, did you bow out or were you shown the door? Nothing personal here with this but I read some rather obscure archived thread about some issues with members vs. mods/admins, abuse of power, hidden agendas, yes men, etc. Not that I really care, just as curious as you are about relatively unimportant & mundane matters basically not fit to print but "you" opened this door.
Click to expand...

It's a jump from trump to our moderators, past, etc., but i will entertain you.

There is none better to answer such questions than me.

What exactly do you want to know and why please?

Dark City Lite said:
There is nothing that I really desire or need to know about anything concerning anything here, the thread in question is in your thread archive, I didn't post it, it was already there for all to read & as a member I read it. There is nothing contained within for anybody to know that hasn't been already addressed. He asked personal questions about me & I rightfully reciprocated with queries of my own concerning him & his take on already existing knowledge as him being an admitted moderator, not site policy or politics.
Click to expand...

You asked questions about my Moderating TEAM, yet you really desire or need to know nothing. 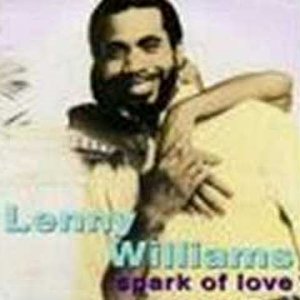