A Black Agenda Radio commentary by executive editor Glen Ford
“The worst-paying job in America is fast food cook.”
Thousands of fast food workers say they’ll go on strike on Thursday, September 4, demanding a $15
an hour wage. The current national minimum wage is $7.25. Organizers say burger and chicken
franchises in more than 100 cities will affected by Thursday’s action, which will include sit-downs and
other non-violent civil disobedience tactics.

The fast food workers staged a one-day walkout back in May in 150 localities, with varying levels of
success. A national conference brought 1,300 worker-activists to Chicago, in July, to gear up for a
second round of walkouts. The organizing drive is paid for by the SEIU, the Service Employees
International Union – the nation’s second largest and intensely loyal to President Obama.

The fast food workers must be doing something right. They got a kind-of, sort-of endorsement from
Barack Obama on Labor Day, when the corporatist president mentioned the fast food workers
movement at a speech in Milwaukee. Obama didn’t endorse $15 an hour – he’s called for a $10.10
minimum – but Obama said that if he worked in the food service industry and “wanted an honest
day’s pay for an honest days work,” he’d join a union.

Obama ran for the White House the first time around promising he would endorse organized labor’s
“card check” bill, which would have made it much easier for workers to join unions. But, once
elected, Obama barely gave lip service to the legislation – which died of neglect – and packed his
administration with corporate operatives for the next six years.

According to the federal Bureau of Labor Statistics, nine out of ten of the worst paying jobs are
in the food services industry, which is disproportionately Black and brown. The worst-paying job in
America is fast food cook, averaging $9.07 an hour.

In most states, women make up more than half the workers stuck at minimum wage. Studies show
that federal taxpayers spend billions of dollars a year essentially subsidizing the profits of low wage
industries through food stamps and other assistance to millions of workers who can’t maintain their
families on poverty paychecks and uncertain working hours.

McD’s Can’t Hide Behind Franchisees
McDonald’s, the global granddaddy of low wage burger joints, goes into this second wave of
walkouts in a very different legal situation than back in May. The National Labor Relations Board
has ruled that McDonald’s can’t hide behind its franchise agreements to claim that the local
franchise holders are responsible for wages at its 14,000 restaurants in the United States. The
decision makes McDonald’s a much better target for nationwide unionization, presumably by the
SEIU.

The fast food industry claims that $15 an hour is unreasonable, but a report by the National
Employment Law Project shows that “most large, low-wage employers have already recovered”
from the Great Recession.” Their employees, of course, have not.

The SEIU is asking workers in its affiliated home health care unions to protest alongside the fast
food workers in six cities, including Seattle, where a grassroots movement led by the Socialist
Alternative party won a gradual $15 an hour minimum wage, this year.

P
Black People : Round and round we go?
2 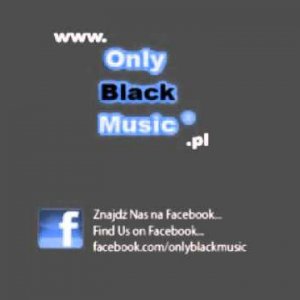