Black People Politics : Romney to NAACP: Economy is ‘worse for African Americans in almost every way’

Mitt Romney offered a direct appeal to African-American voters on Wednesday, arguing in a speech at the NAACP's annual meeting that the black community has been hardest hit by the bad economy and that, if elected, he'll seek to improve the quality of life for all Americans, regardless of color.
"I believe that if you understood who I truly am in my heart, and if it were possible to fully communicate what I believe is in the real, enduring best interest of African-American families, you would vote for me for president," Romney said.
The crowd's reception to the speech was mixed--with Romney's discussion of his desire to repeal "Obamacare" receiving sustained boos.
Romney acknowledged "barriers" still exist for black Americans even after Barack Obama became the nation's first black president. He argued the struggling economy has only enhanced those "challenges" and "old inequities."
"If equal opportunity in America were an accomplished fact, then a chronically bad economy would be equally bad for everyone," Romney said. "Instead, it's worse for African Americans in almost every way."
At 14.4 percent, unemployment among black Americans is much higher than the 8.2 percent national average, while the average income and median family income for African Americans is much lower, Romney noted.
While Romney does not expect to win the black vote, the Republican nominee's NAACP speech was aimed at showing he's at least trying. As he regularly does on the campaign trail, Romney cited his experience as governor of Massachusetts to prove he hasn't led by "just talking to Republicans" and that he'll be an inclusive president.
"We have to make our case to every voter. We don't count anybody out, and we sure don't make a habit of presuming anyone's support. Support is asked for and earned---and that's why I'm here today," Romney said.
If elected, he added, "We will know each other."
He dismissed as "nonsense" Democratic charges that a Romney presidency would only help the rich. "The president wants to make this a campaign about blaming the rich," Romney said. " I want to make this a campaign about helping the middle class."
If he didn't believe his policies would help "families of color" and all Americans more than Obama's, Romney said, "I would not be running for president."
Romney also appealed to the NAACP audience by touting his proposal to increase school choice. The GOP nominee has repeatedly described educ

It is true that blacks are worse off now, economically, than when Obama took office. The unemployment rate alone confirms this. But the challenge Romney has is to convince voters he will do a better job than Obama has. Of course he knows few blacks will vote for him. So you have to figure he spoke at the NAACP to send a message to his base --- the majority of white voters who usually vote Republican anyway.

And he received the welcome he deserved


..
" ...ultimately, the man you sleep with is a direct reflection of your character. "

I can tell that we have come a long way as a people because we still refer to ourselves as COLORED PEOPLE!!! That is what the "C" is for in the NAACP, right? And then we sit and wonder why we ain't progressing? Ish, before we physically progress anywhere we got to MENTALLY PROGRESS. A lot of us have to subconsciously feel like we are wasting our dam time trying to help lift up, recondition, teach, construct and build or anything else for some people who are obviously our people, but who still got their minds back in the the dam 1920's somewhere!! I wish on my dead mother and hope to die a thousand deaths before I would ever refer to us, myself or our people as what???...some COLORED PEOPLE!!! tHIS BULL ISH MADE TEARS FALL FROM MY EYES!!! Progress??....where???? We can't even identify our own dam reality for ourselves!!!!!!! I'd rather be called a NNNiiigggeeer! At least i can go back in the Book of the Dead and show you the origin of that!!!
K 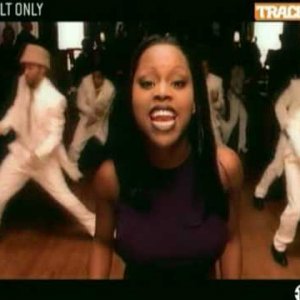