The Trial That Never Existed.​
These are some good points being made about the O.J. Trial. But lets take it even deeper.

Therefore, the whole case was a fraud. Had he been convicted, he STILL could have walked because their was never any Judicial Power to exercise anything in this case.

Yet they were not pursued by anyone, including HIS OWN LAWYERS!!!


Now why would everybody (including his own lawyers) try to cover this up? What was REALLY goin on?

Maybe The Trial was an Illusion.. Could this have been...

Hey... just a thought.
FEARIT-19, The Other Virus Released
"The Global PlanDemic Shut Down"

B.A.M.N. - By Any Means Necessary!!!
Relevant, Hard Hitting and To The Point. Coming Soon!

Knowledge Seed said:
I really don't feel sorry for OJ. He should have learned to stay out of trouble after he got the first time.
Click to expand...

they have been trying to suicide him off ever since Nicole and Ron were killed by a serial killer who was working down the road and who admitted to it and the police ignored his friend's phone call when he tried to inform them of his confession.

He is the reason J.C. is no longer amongst us in the physical form....J.C. had a whole separate team working on finding that same "serial killer"......
Click to expand...

This "serial killer" I believe was a house painter named James Peters... His real name was Glen Rodgers. Glen Rodgers was an "undercover informant"

Glen Rodgers was afraid that he was being "set up" for the murder. I believe this to be true. At first I think that they were going to blame it on him, but later on decided to put it off on O.J.


Yes, J. C. was looking into finding this serial killer, and he very well could have been murdered because of it. Because the DNA evidence would have matched him and cleared O.J.'s name (even though he had already got off but was still considered guilty).

This is the same DNA evidence that was blown up in the lab that Darkside Magic is talkin about.

But as I talked about in my previous post, the case was deeper than that.

In the Spirit of Sankofa1

M
Black People : If Black Men rule the world, Will you revenge our discrimination?
26 27 28 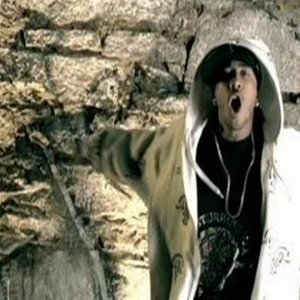