Guinea : Recent News on the Turmoil in Guinea

(FinalCall.com) - The international community and human rights advocates are increasing pressure on Guinea's military junta over turmoil that culminated in the killing of protesters at a September rally and an early December assassination attempt on the president, Capt. Moussa Dadis Camara, by his chief of the presidential guard. Captain Camara is being treated for head wounds in Morocco and is expected to recover.

Guinea is the leading source of bauxite, and has diamonds, iron ore, and is a hub for illegal narcotics in West Africa. The military junta unconstitutionally took power at the death of President Lansane Conte in December 2008.

The junta has been under close scrutiny by the international community and rights organizations who have consistently demanded the military step down and open the way for free and fair elections.

Observers generally agree that with the current problems, the junta remaining in power is an obstruction to open and free elections.

“The best scenario is that the current head of state who is a military ruler, steps down,” said A. Akbar Muhammad, who is a columnist and who has long worked on international affairs for the Nation of Islam.

Continued sanctions and an “order and security” force was called by the International Contact Group on Guinea (ICG-G)—a global collective that includes the African Union, United Nations, European Union, and the regional body ECOWAS, the Economic Community of West African States.

The ICG-G proposed its measure at a Dec. 13 meeting in Ouagadougou, Burkina Faso, where mediation talks were brokered by Burkina President Blaise Compaore between the junta and opposition leaders.

The recommendation for military intervention was announced by Dr. Mohammed ibn Chambas, the secretary general of ECOWAS, who also addressed the plight of the Guinean people who have been living in trepidation and uncertainty the last 25 years under the brutal Conte regime and now the National Council for Democracy and Development (CNDD) under Capt. Camara.

“I propose the preventative deployment of a force that would protect civilians (and provide) humanitarian aid to establish a safe environment for the Guinean people,” Dr. Chambas said.

Mr. Muhammad, agrees, but with caution about the composition of the force.

Drawing on lessons learned from ECOWAS forces going in Liberia and the AU failure in Darfur, Mr. Muhammad advocates a joint AU and ECOWAS operation, saying Guinea is a chance to make it work.

“This is an opportunity for the AU working in cooperation with ECOWAS, but the AU being the dominate force in charge,” Mr. Muhammad said.

Guinea has been in chaos since the coup d'Ètat and worsened after Capt. Camara began broaching the idea of entering the 2010 presidential race, breaching a pledge that no members of the military junta would stand in the elections.

On Sept. 28 tensions reached a deadly level in Conakry when a reported 157 people were killed and thousands were injured by government soldiers during a protest in the national stadium. The demonstration was staged by an alliance of activists called, “Forum des Forces Vives de la Nation,” to voice their disagreement with Capt. Camara's broken election promise.

Subsequently the organization Human Rights Watch is pushing for Capt. Camara and members of the military and government to be charged with crimes against humanity for the September unrest.

Toward accountability of those who were involved in the September incident, Human Rights Watch released a report called “Bloody Monday: The September 28 Massacre and Rape by Security Forces in Guinea,” documenting the extent of the atrocities and the junta's alleged cover up.

According to the report, Human Rights Watch conducted over 240 interviews and determined that the “massacre” of demonstrators and rape of dozens of women and girls was “organized and premeditated.”

The report called for Guinea's government to “investigate, prosecute, and punish in accordance with international fair trial standards, members of the security forces against whom there is evidence of criminal responsibility,” applying the same for “those liable under command responsibility for their failure to prevent or prosecute these crimes.”

In defiance of the measures, CNDD spokesman Col. Moussa Keita rejected military intervention as “non negotiable” saying it would be “a declaration of war.”

“Any foreign force to Guinean soil without the government's prior authorization will be considered as an attack on the authority of the state and its territorial integrity ... a declaration of war,” Col. Keita said.

Responding to the demands to relinquish power, the junta leadership accused ICG-G, ECOWAS and Dr. Chambas in particular as trying to destabilize the government by suggesting outside forces in an internal problem.

According to media reports, Guinea's communication minister Idrissa Cherif specifically pointed the finger at ECOWAS in an interview on Guinea's state-run television. Mr. Cherif accused the ECOWAS chairman of being backed by western colonial powers and attempting to impair the work of ECOWAS mediator, President Compaore. 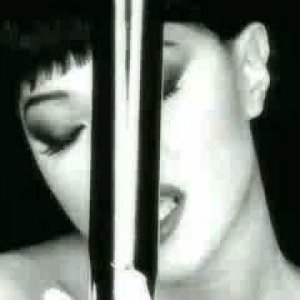