"Osman." 1856. David Hunter Strother, an artist for Harper's Magazine, captured the alarm and determination of this runaway slave in the Dismal Swamp of North Carolina. Strother remarked: "I had long nurtured a wish to see one of those sable outlaws who dwell in the fastnesses of the Swamp ... [Osman's] hair and beard were tipped with gray, and his purely African features were cast in a mould betokening, in the highest degree, strength and energy. The expression of the face was mingled fear and ferocity, and every moment betrayed a life of habitual caution and watchfulness." The dense vegetation and marshy land made the swamps a difficult place for masters and bounty hunters to search for runaway slaves, for the same reasons it was also difficult for slaves to survive these treacherous parts for long periods. Notice that Osman is holding a musket, how common do you think it was for runaways to have weapons like this for protection? Mariners' Museum.

"Escaping Child in Trunk." This enslaved child escaped from his master, hidden in a trunk with the aid of a conductor on the Underground Railroad. His journey probably took days to reach freedom. Just how long he was shut away in the total darkness of this small trunk is unknown. How old to you think this boy is? How did he prepare for this trip? Did he have food to eat and water to drink? Will he know anyone when he arrives in a northern free state? What happened to runaway slaves if they were caught? William Still. The Underground Railroad: A Record of Facts, Authentic Narratives, Letters, & etc. Philadelphia: Porter & Coates, 1872. Mariners’ Museum.

Josiah Henson." (1789-1883) Henson escaped as a fugitive slave from Maryland in 1830, to Canada on the Underground Railroad. By 1841, Reverend Henson revealed his skills as an abolitionist, conductor on the Underground Railroad, and businessman when he organized with others to purchase 400 acres of land near Dresden, Ontario. This became the Dawn Settlement where the British American Institute for fugitive slaves was located, the first vocational training school for blacks in North America. Henson's work as a conductor on the Underground Railroad brought at least 118 enslaved to freedom. Harriet Beecher Stowe credits Henson's autobiography, written in 1849, as inspiration for the "Uncle Tom" character in her book, Uncle Tom's Cabin. Today the "Uncle Tom" label is often used as a derogatory reference that Henson's great-granddaughter, Barbara Carter, argues was a result of minstrel shows in the late 19th century misusing the term as a racial slur. Josiah Henson, pictured here with his wife, appears dignified and of middle-class wealth. Obviously it was dangerous for Henson leave the safety of his home and freedom in Canada to travel south in order to guide other enslaved men and women to freedom? What dangers awaited him as he helped others escape from slavery? What do you think motivated Henson to take these risks? Ohio Historical Society. 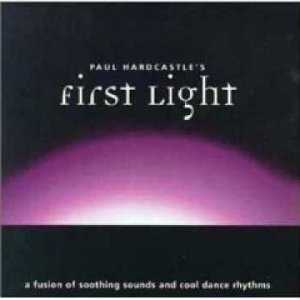