Black People : Reason for no history on black patriots

Democrats vs Republicans on Slavery

A new political party
After passing all these pro-slavery laws, in May 1854, a number of anti-slavery Democrats in Congress formed a new political party to fight slavery. Other anti-slavery members who joined them were from the Whigs, Free Soil advocates and Emancipationists. They wanted to gain equal rights for black Americans.
The name of that party? They called it the Republican Party.


Which party held the most slaves?
The Democrats or the Republicans?
If the story is true. The Democrats were for Slavery and passed laws that held Blacks into Slavery until the Civil War. The Republican party was formed and Lincoln freed slaves with the proclamation.

Why do we today support and hold tight to our original slavers?

Would African American switch camps.
Are we for sale to the lesser of evil at the any given moment?

Dred Scott v. Sandford, 60 U.S. 393 (1857), was a landmark decision by the U.S. Supreme Court in which the Court held that African Americans, whether slave or free, could not be American citizens and therefore had no standing to sue in federal court, and that the federal government had no power to regulate slavery in the federal territories acquired after the creation of the United States.
Dred Scott, an African American slave who had been taken by his owners to free states and territories, attempted to sue for his freedom. In a 7–2 decision written by Chief Justice Roger B. Taney, the Court denied Scott's request. For only the second time in its history the Supreme Court ruled an Act of Congress to be unconstitutional.

Not that much is known of Dred Scott's early years. He was born a slave in Virginia in 1795. In 1820, he was taken by his owner, Peter Blow, to Missouri, where he was later purchased by U.S. Army Surgeon Dr. John Emerson.
Click to expand...

Toward the end of 1838, the Army reassigned Emerson to Fort Snelling. By 1840, Emerson's wife Eliza returned to St. Louis with their slaves Scott and Harriet, while Emerson served in the Seminole War. While in St. Louis, she hired them out. In 1842, Emerson left the Army. After he died in the Iowa Territory in 1843, his widow Eliza inherited his estate, including the Scotts. For three years after Emerson's death, she continued to lease out the Scotts as hired slaves.
In 1846, Scott attempted to purchase his and his family's freedom, but Eliza Irene Emerson refused, prompting Scott to resort to legal recourse.
Click to expand...

It was expected that the Scotts would win their freedom with relative ease since Missouri courts had previously heard over ten other cases in which they had freed slaves who had been taken into free territory. But, in June 1847, Scott's suit was dismissed on a technicality:
Scott had failed to provide a witness to testify that Scott was in fact a slave belonging to Eliza Emerson.
Click to expand...

How this happened is a miscarriage of justice. It was already known Eliza Emerson leased Dred Scott and his family out as servants for three years. Her inheritance papers showed she owned the Scott's when her husband U.S. Army Surgeon Dr. John Emerson died in the Iowa Territory in 1843.

Although Taney hoped that his ruling would settle the slavery question once and for all, the decision immediately spurred vehement dissent from anti-slavery elements in the North, especially Republicans.
Click to expand...

Most scholars today (and many contemporary lawyers) considered the ruling regarding slavery in the territories to be dictum, not binding precedent.
Click to expand...

The decision would prove to be an indirect catalyst for the American Civil War.
Click to expand...

It was functionally superseded by the Civil Rights Act of 1866, which gave blacks full citizenship.
Click to expand...


It is now widely regarded by scholars as the worst decision ever made by the Supreme Court.
Click to expand...

Log in
Similar threads
Black Hebrew Israelites : The Reason White Scholars Lie On History
Black Poetry : His peek aim is to seek game as a hunter in the woods weekends be a stunner in the hood no soft reason during off season not to wanna shoot deer out
Black People Politics : Another Reason Trump Supporters Are Insane
Black People : Here Is The Reason Why
Black Relationships : Sex Isn't Always The Reason...
Black Poetry : Emotions strong and like oceans roam in wet places while he get laces at home alarm is the reason in a girl's arm every season, the worst is fear then
Black People Politics : State Laws Governing Early Voting - Pennsylvania for some reason isn't included
Black People : You have no reason to cry about your home
Black People : No Reason Why we should not have a Nationwide Boycott on Black Friday ova Police Lynching!
Science and Technology : THIS CRAB'S BLOOD IS THE REASON YOU'RE ALIVE
Black Poetry : Above the rim and fly and love simplify his reason for true wings this season gonna do bling after all it's not a new thing see a girl body swell and
Black Atheists : Is atheism the reason for Ta-Nehisi Coates' pessimism on race relations?
Black Money Business Jobs : The Big Reason Whites Are Richer Than Blacks in America
Audio Video Web Conferencing : Video: DL HUGHLEY: THE REASON ATHLETES AND CELEBRITIES CANT FIX THE BLACK COMMUNITY
Black Sports : This is part of the reason they don't like Serena
African American History Culture : The Real Reason Slavery Ended - The Gullah Wars
Black People : The Real Reason Slavery Ended - The Gullah Wars
Black Muslims : Siyaam (i.e. fasting)..The Soul and Sole reason
Black Relationships : #1 Reason Women Pull Away From Relationships
Black Relationships : #1 Reason Men Pull Away From Relationships
Black People : Texas pastor bans weave for female church staff& the bold reason why!
Black Poetry : I know the reason it feels so strange
Black People Politics : The Only Reason To Support Donald Trump
OldSoul : Mumia Abu-Jamal "Some Who Feel No Reason For Thanksgiving"
Black People Politics : An ISIS defector explained a key reason people continue joining the group
Law Forum : Minnesota exposes one troubling reason America locks up so many black people
Computers - Software Hardware : People Shocked At The Real Reason Behind Slow Computers…
Black People : The real reason Holistic Doctors are being killed and vanishing?
Food Discussion : The real reason Americans are worried about GMOs is actually a way bigger problem
Black People : Another Reason Brother Ali Is 'The Greatest' Among Us All!
Black Entertainment : James Brown - There Must Be A Reason
Black People : ANOTHER REASON FOR REPARATIONS
OldSoul : [For Black Women Only) Ego Tripping (there may be a reason why)
African Holiday : African Holidays - can you name any - along with their date / reason for celebrating?
Black Hebrew Israelites : The reason a woman must never commit adultery.
Black People Politics : Do YOU KNOW the real reason Nelson Mandela was freed?
Health and Wellness : The REAL Reason You Need to do Kegels
Black Poetry : No Rhyme or Reason
Black Money Business Jobs : The reason crime pays
Black Relationships : Is our lack of knowledge of self, the reason we seek outside companionship?
Black People : Is Malcolm the reason white folks love Martin?
Black Spirituality Religion : E-Motion (versus) Reason
Violaters / Violations : There's no reason to play hardball with me
Audio Video Web Conferencing : MAZE and Frankie Beverly-Reason
Black People Politics : I guess this is the reason why Ron Paul would never be elected
Black Men : The Reason Black women are Angry at Black Men
Black People : Can the Supporters of this War, explain, what is the reason for it?
Black People : This is the reason why the whiteman is nothing but the devil
Black People : All the more Reason for a Third party that represents Our Interests
Black Poetry : GIVE ME ONE REASON
Share:
Facebook Twitter Reddit Pinterest Tumblr WhatsApp Email Share Link 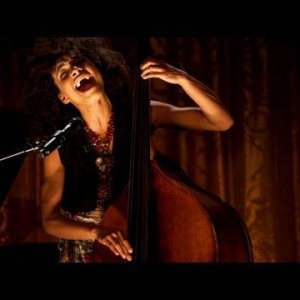