Law Forum : RAPE AND SEXUAL ASSAULT IN THE LEGAL SYSTEM

RAPE AND SEXUAL ASSAULT IN THE LEGAL SYSTEM


Rape and sexual assault laws are complex and evolving. Rape originated as a crime against property, not a crime against a person. As such, the crime related to patriarchal inheritance rights and a female’s reproductive capacity and therefore was limited to a crime against unmarried virgins and included only forcible penile/vaginal penetration. These laws have evolved but retain vestiges of their archaic origins. The result is inconsistency and variability in sex crime terminology and elements from state to state as well as anomalies. It is now well-established in the laws of all states that the sexual penetration of men and married women is a serious sex crime. It has also been recognized that penetration of orifices other than the vagina constitutes a serious sex crime. Issues of force and consent continue to change but clear trends in the evolution of the law are identifiable.

Rape culture is a man problem. Why aren’t more men speaking up?


There was a time when I believed it was up to women to change the legal system. I said women had to keep reporting their rapes because reporting them was the only way to change a broken system. I was wrong.

It’s never been the job of women to dismantle rape culture. Rape culture was created and perpetuated by men. It flourishes and thrives because it suits men. Rape culture is a man problem, and it’s up to men to solve it.

Brock Turner’s father echoed the chorus of voices who decry how Turner’s bright future was tarnished by “20 minutes of action.” Turner’s sexual-assault conviction was unavoidable because two witnesses caught him in the act. But by giving Turner a six-month sentence (he will probably serve only three), the judge made sure the impact of his conviction was minimal.

It was important because in North Carolina, a person cannot withdraw consent for sex once intercourse is taking place. Because of a 1979 state supreme court ruling that has never been overturned, continuing to have sex with someone who consented then backed out isn’t considered to be rape.

The North Carolina law is an example of how the US legal system has not always kept pace with evolving ideas about rape, sex and consent. Just last year, an Oklahoma court ruled that the state’s forcible sodomy statute did not criminalize oral sex with a victim who is completely unconscious. The toughest charge available to prosecutors was unwanted touching.

A Gentlemen’s Guide To Rape Culture

If you are a man, you are part of rape culture. I know … that sounds rough. You’re not a rapist, necessarily. But you do perpetuate the attitudes and behaviors commonly referred to as rape culture.

You may be thinking, “Now, hold up, Zaron! You don’t know me, homey! I’ll be damned if I’m gonna let you say I’m some sorta fan of rape. That’s not me, man!”

I totally know how you feel. That was pretty much exactly my response when someone told me I was a part of rape culture. It sounds horrible. But just imagine moving through the world, always afraid you could be raped.

Redefining rape
Advocates for women’s rights and racial justice started questioning these views in the mid-19th century, and their efforts helped reshape the meaning of rape in three important ways. First, legal remedies such as laws on criminal seduction and statutory rape made it easier to prosecute coercive but nonviolent sexual relations with acquaintances. African American activists insisted that black women could be victims of rape and that white men should be held accountable for assault. And feminists renamed a range of non-consensual acts, particularly with acquaintances and husbands, as rape. 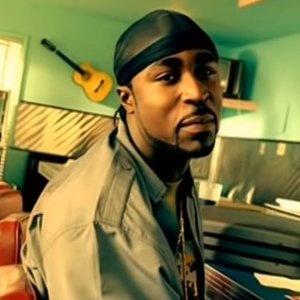