I need your help. destee.com will be 25 years old in October and I don't know that we'll make it. It is hard to keep us alive right now. Our costs have only increased over the years. We have all put our love into this community, but love is not enough to keep the lights on. destee.com needs your financial help too. We are the oldest, most respectful, online black community in the world. Please help us remain. Click the Donate button below or CashApp $8664destee - Thank you.
Donate
S

Riada said:
Sounds like a good idea on the surface, but the most I can do is be myself and be true to myself. That's one of my lifelong goals. Also, I think it takes a certain amount of arrogance and egotism for anyone to assume that they can be a model for others to follow. I've never been interested in being a leader or a model.
Click to expand...

Sis, believe it or not BW are role models, whether we realize it or not; especially if there are young, impressionable Black females in our immediate surroundings. I guess the acceptance of this fact would be age-dependent.

spicybrown said:
Sis, believe it or not BW are role models, whether we realize it or not; especially if there are young, impressionable Black females in our immediate surroundings. I guess the acceptance of this fact would be age-dependent.

And Spicy, I think you may have hit upon just why it is that so many Black women are NOT doing well these days on certain fronts. I've been noticing for a while that many Black women are not doing what's best for themselves on those fronts, and it may be because they're not choosing the right models. Based on what you're saying, they're not picky enough when they choose models. They're just getting "impressed" by this or that aspect of another BW woman in their environment and are not looking at that woman broadly to see whether that woman's entire life is something they'd want.

For ex. I admire Oprah tremendously because she's definitely a survivor and thriver on some fronts and she's helping so many others to survive and thrive, but she could never be my across-the-board role model because she doesn't have the type of personal life I want.

Or look at Janet, Halle, Vivica Fox, Beyonce, Gabrielle Union, and some others who're constantly mentioned as being the epitome of Black female beauty and desirability. Just based on what I've read about these women, they're not exactly having great personal lives. So, I'm happy for them if they're happy, but if a young BW wants to have a fulfilling personal life, these sistahs are not good role models. Yet, I'll bet that there are lots of young BW out there who would kill to have the life of any of those women.

So, having a fulfilling life requires a lot of critical thinking. I certainly wouldn't want anyone to model themselves after me because I'm a work in progress.
S

Riada said:
I've been noticing for a while that many Black women are not doing what's best for themselves on those fronts, and it may be because they're not choosing the right models.
Click to expand...

This is why I emphasize we are role models, whether we recognize it or not. This is why we sisters need to be on point at all times. Whomever of our lot isn't equipped to set an exemplary standard needs to disassociate themselves from our female youth, or seriously reflect on their purpose of being a participant in the Black community.

I did not read all of this thread but just from its premise I will say...

that children basically "learn what they live."

For the most part, I believe "train up a child in the way he should go and when he is old, he will not depart from it."

We should be examples to our children, teaching by showing and guidance.

If a son/daughter sees their parent(s) displaying a strong work ethic, chances are they may have one too.

If a son/daughter sees their parent(s) being lazy, never holding onto a job for long or never working at all but surviving on welfare and/or side hustles for money, chances are they may follow the same.

If a son/daughter sees their mother taking care of a man, providing shelter, food and clothes to a man who gives nothing concrete to the household (except sex), catering to him, even sacrificing a need or want for herself or her children, all to keep her "man," it just may give that little boy and girl a skewed view of womanhood, manhood, motherhood and relationships.

If a son/daughter sees their parent(s) valuing/exercising economic stability by saving money, homeownership, etc..., it's likely they will follow the same.

If a son/daughter is ENABLED by their parent(s), given EVERYTHING they want, when they want it, how they want it, is not taught responsibility for their behavior/choices, provided hand-made excuses for why they are not at fault, not taught how to care for themselves, have EVERYTHING done FOR them, then, it is likely they will grow up thinking that the WORLD owes them whatever they want as well and that they don't have to wait, do without nor sacrifice to obtain whatever they desire.

Now, this is not written in stone for anyone. Parents raise their children as best they can with the resources/tools they have available to them and hope/pray that it was enough.

And, yes, there can be/will be exceptions to either side.

Black People : CONSCIOUSNESS RAISING ONLINE - June 16, 2019 - The Only Black Town of its Kind 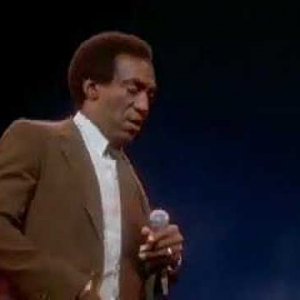