we now have a white man who says he is libertarian and a tea party supporter.
this is the kind if spirit that i come to destee to get away from.

is he welcome here too?

i just ask the question if any type of person with any type of view can come in here as long as they are clever enough to refrain from breaking a rule.
R

James, you may have a preconception that Libertarians are racist(as you indicated in the voter intimidation thread), but isn't always the case(or, I would argue even usually).

Contrarily, libertarians are usually individualists(or at least the ideology is), and from that find it difficult to accept collectivist ideologies like racism(collective called race is smart/dumb/ect). I won't say I don't make judgments about people, but I restrict that to individuals and not groups.

As I stated in that thread about voter intimidation, I do understand on some primal level the desire to silence your ideological opposition, but is this not part of the problem we were talking about? Did you not notice how I have stated my displeasure of such tactics used by my supposed political allies? Have you also not noticed that I encourage people to vote even if they may vote against what I agree with?

Is not persuasion instead of coercion how civilized people cause others to act? I am not the enemy you imagine me to be. Contrarily, I am your ally, for liberty is the ally of all save oppressors.

How many times have you read or heard Sister Destee say as long as all are respectful to our rules ...they are welcome. She didn't mention race ...she said all. Brother with this in mind...man up get your skin in tack....meaning don't be so thin skin...believe the devil will show his head in time. Or don't you remember....they always have and always will. In the mean time. Just let us show the others how to handle them. We've done it so many times in the past already...it's become kinda comical to me now. lol ...the We I am speaking of are the elders and true believers. My #1 rule bro... never let them see you sweat. I know you want to protect what we have..so do we all. 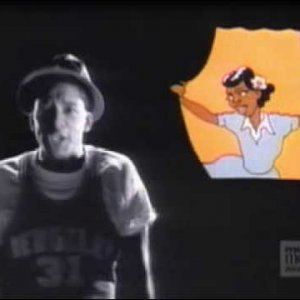