© Screenshot: CBS19 News (Fair Use)Screenshot: CBS19 News (Fair Use)
Colton Donner, 27, was sentenced Wednesday to two years and three months in federal prison for threatening a Black man with a knife because he was walking while Black, per an announcement from the Department of Justice. Donner was also accused of trying to intimidate and interfere with the man’s right to fair housing.
Court documents say three years ago, Donner was driving through the residential area of Paola when he saw a Black man walking on the sidewalk. He stopped his car, got out and approached the man while brandishing a knife. Donner yelled at the man calling him racial slurs, threatened him and told him Paola was a “white town.” It’s unclear whether the man was homeless or not.
The Paola Police Department and Kansas City Field Office of the FBI launched the investigation into the incident.
“Racially-motivated threats and violence have no place in our society today,” said Assistant Attorney General Clarke. Well, they’ve surely found a place.

More on the case from the Department of Justice:

“Every individual has the right to occupy a home free from racial discrimination, yet the defendant targeted the victim for no other reason than the victim’s race,” said Special Agent in Charge Dayoub. “The defendant’s actions, directly undermined the victim’s right to reside in a community in Paola, and to enjoy the protections afforded under the federal civil rights act. The FBI, along with our law enforcement partners, have no tolerance for this type of fear and intimidation and are committed to protecting residents regardless of their race, color, religion, gender, national origin or familial status.”
Click to expand...

US Attorney Duston Slinkard for the District of Kansas said he hopes the sentencing will deter others from committing acts of racial violence. However, this incident may not be the warning they think it will be.
Not too long ago Black people were taking to social media to warn drivers about sundown towns in the south that still target Black folks coming through. California just announced a new record high of reported hate crimes. Every week we see incidents of Black people being followed or harassed for simply existing in a majority white space. This time, the perpetrator happened to get punished but this isn’t often the case.
“Everyone deserves to feel safe and secure living in their communities, without being subject to racially-motivated crimes seeking to drive them from their homes or neighborhoods,” said Clarke.

A known white supremacist already in jail on drug charges has been sentenced to an additional 15 years for an attack on a fellow inmate.
40-year-old Judson Arne had been incarcerated at the Tomoka Correctional Institution in Daytona Beach since 2019, serving a sentence for possession of methamphetamine when investigators say he took part in a brutal attack on another inmate.

According to the State Attorney’s Office, surveillance video from the jail shows Arne punching the victim from behind before another inmate, identified as 40-year-old Andrew Mitchell, approaches and strikes the victim multiple times with what appears to be some type of weapon.
Court documents say Arne could be seen kicking the victim as Mitchell continued to “dominate” the fight with the other inmate.
Officials say Arne was then seen picking up the knife after Mitchell dropped it and stabbing the victim himself before disposing of it.

Related video: Law enforcement analyst calls white supremacist groups 'the apparatus of organized hate'
plans that we used to fight back many years ago where it was what I

Investigators say the victim was hospitalized for six days with 12 stab wounds from the attack.
When questioned about the attack, investigators say Arne admitted to hitting the victim, but claimed he didn’t know Mitchell was going to stab him. Arne said he got involved because it was his “duty” as a fellow gang member.
After a two-day trial, a jury found Arne guilty Friday of second-degree aggravated battery. He was immediately sentenced to 15-years in prison.
According to the State Attorney’s Office, both Arne and Mitchell are documented members of white supremacist gangs.
According to court records, Mitchell pleaded guilty to aggravated battery for his part in the attack and was also sentenced to 15 more years in prison without the possibility of parole.

Black man seen bleeding from the face after slur-spewing mob attacks him in California: report​

According to a report in the Times Standard, police in Eureka, California are seeking help finding the person who filmed a group of white people attacking a Black man on July 4 whilespewing racist slurs at him.
The report states that police have a copy of the video -- which has since been made private on YouTube -- and are now asking for witnesses to come forward about the attack, which reportedly left the victim bleeding from the head after being hit with a bottle.


According to the Times Standard's Sonia Waraich, "The edited video shows the Black man, who hasn’t been identified, standing between two cars, one turning out of an alley onto traffic-jammed D Street in Old Town. A young white man approaches him and appears to say the n-word. When the Black man asks if he just called him the n-word, the white man says 'don’t act like one,'" before adding that a white woman then joined the fray, yelling at the Black man.

"The video then cuts to the white man who allegedly said the n-word hitting the Black man, with at least one other person joining in, as the white woman from before yells repeatedly to get away from her car. [Eureka Police Capt. Brian] Stephens is seen approaching everyone and the assaulted man, who is bleeding from the face and emotional, points to one of the individuals from the car, saying he hit him with a bottle," the report continued.
In a statement, Stephens said that, since becoming aware of the video, investigators plan to speak with some of them again.
"Obviously this video now sheds a different light on some of their statements and we’ll be re-interviewing people. And at the end of this, if we can conclude and identify who was involved in the assault and how it happened, then the appropriate criminal charges will be forwarded to the District Attorney’s Office for review and the issuance of a warrant, " he said in a statement.

Black People Politics : Root Causes For Racism," in your view."

Black People Politics : Why are we still fighting the same fight of racism
3 4 5 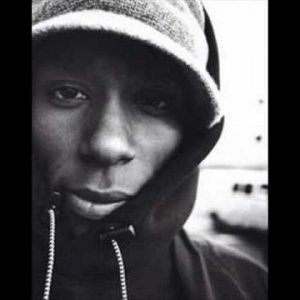