Black People : Race As A Mean Of Oppression

******* And Negroes Do Not Know How To Be Black No More So They Settle To Being Colored In A White Racist Prejudice World.

I share with Black Afrikans information that requires for Black Afrikans to function with our Original Natural Contectural Mind in order to be qualified to mentally reside in the dimension that has you to be qualified to be a member to Esoteric collectively learning about what constitutes the Divine Truth and Reality in regards to God Infinite Universal Intellectual presence, and about the presence of the physical Universe, about Life-giving ability to live in physical in accordance to the status of the quality of mind that the intuitive self is revealing to your body self but has you to determine mentally the qualification of your body use of the mind that have you to accept and or ignore for a reason to be individually educated or to be collective learned Black Divine Beings, being individually unacceptable to the nature of your Blackness or collectively aware of the nature of your Blackness.

The ****** and negro defy and deny to be a part of your descriptive presence in Lucifer descriptive world which question your Universal presence in origin, which is Infinite Dark Energy Intelligent Existence having no beginning no Ending not exposed to the action of creation having always been in existence in its Ethreal man identified descriptive presence WHICH REVEAL THE LEVEL OF DIMENSIONAL USE OF THE MIND GUIDING THE PHYSICAL BODY TO THE DEGREE OF YOUR MENTAL ABILITY TO COMPREHEND WHAT IS DIVINELY TRUE AND REAL TO AND ABOUT YOU ON THE EXOTERIC PHYSICAL LEVEL OF YOUR PHYSICAL BEING.

WE Black Original Natural Universal presence of a body presence spend our time living expressing our self using the white racist categorized classification of the meaning and definition of words Lucifer has created for use to indicate a sense of civilized presence in both words and action while the Black Afrikan take a seat in the institution of white racist education being indoctrinated to the quality of mind Lucifer expose to his created educated world, meant specifically primary for white Luciferian Human Beings as Black Afrikans insert our self in the institution of Lucifer educated indoctrination to receive a degree in educated indoctrination been programmed to be not a well-learned knowledgeable Black Universal Being, now being a confessed Luciferian Human Being despising the Nature Of Our Blackness, which is Divine when with a Mind that Thinks beyond believing.!!!

The loss of awareness of what it means to be Black is what has Black Afrikans living and believing as we do today and as long as we live in the midst of such ignorance there is no collective self-elevation back to the Divine dimension from whence the Black Universal Divine Being has come with a quality of mind in use that have you to be a Universal Divine Being and not a created Luciferian Human Being.

The Black Afrikan Human Being is well programmed educationally to fail to remember to know what God Is, It Being The Greater Good Divine Essence Of All Things that move and appear not to move, God is Infinite Energy Intelligence without a created beginning and wears not an expiration date, that beloved is the meaning and definition of Infinity, everlasting Eternal Existence being the Crown Of Infinite Intelligence, just by Its Presence All Things Come Into Being according to Nature Design in the movement having the Freedom of Choice, having no Freedom to blame for the choices you make as a living physical Being but has the right to identify that which interfere with your freedom to choose for self while in the act of physically living which comes with a responsibility to be self-protective against all who come into your presence with no Divine intention.

By you carrying the shade of God and you prefer the color of Light you become an enemy to the original Self in physical form which reflects your Blackness, which is the origin of your presence, the Infinite Spatial Energetic Intelligent Universal presence of what is referred to as God the Divine Essence of us all and now the Racist made ******, Negro is of no relation to the Greater Good-God for we have abandoned our use of the Divine Mind Nature Designed us with.

We today can not help ourselves for being a fool, ignorant in the presence of the Divine Truth having no will with a desire to become free again yet we talk about what we are not willing to have come to be True to the Black Afrikan today.

To make claim you stand not to be disrespected, to no more be a treated slave, to no longer live a depended of those who is with a history of oppressing Black Afrikan people, always talking about having Afrika to be again for the Black Afrikans and to become a Unified Black Afrikan Divine Nation again and to be Govern in Afrika by a United States Of Afrika Continental Government and here your Black behind standing in the head of the Line of Racism, Prejudice ignorance taking the mind of Lucifer as your guide in denying payment of Reparation/Repatriation to our Enslaved Ancestors for all of the Bull-**** Hell of a Barbaric treatment white racist acted out against our Enslaved Ancestors and your Black *** in your colored oppressor mind take the lead in talking about Slavery happened a long time ago, which mean your Black *** has excommunicated your Jive Black behind from having a Mind that still can see and feel all of the danger and evil treatment that our Enslaved Ancestors went through so that their children can Demand Freedom, Justice And Independence away from America to be present in Afrika!!!

But your Black *** can get all worked up over the issues that white racist point out to you to become involved in that has nothing to do with returning Freedom Back To Afrika And Black Afrikan people to be in Afrika, as you before the world tells a lie about the nature of Black Afrikans Living condition by implying that Black Lives Matters but your Black behind has done nothing to make such a claim to be True, we are all phony performance with no Divine Substance, beloved Black Afrikan people and yes, you Despise the Divine Truth be told about your no Wanna be Black behind.

I make no apology for the Divine Truth That I share With Black Afrikan People and I know that you have been weaned from the Divine Mind Nature Designed Us With and that is why we Black Afrikans today have no Respect For Self today!!!

You Do Not Believe It?

Then Keep On Living As You Do Today!!!

Remember Beloved, Belief Is A Demon To The Mind Of Black Afrikan People..

Black People : RACE, CRIME, AND INCARCERATION IN THE UNITED STATES
2

C
Black People : The Inability Of The Black Race 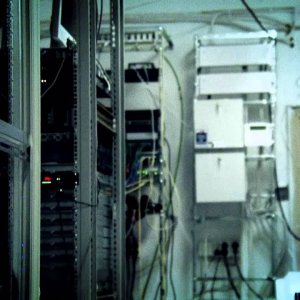