Professor X of X-Clan has died in a New York-area hospital after a bout with meningitis, sources close to the situation told AllHipHop.com.

As a member of X-Clan, Professor X gained notoriety for his catch phrases "Vainglorious" and dissed fools by calling them "sissies."

Additionally, Professor X, whose real name was Lumumba Carson, was the son of the late Civil Rights pioneer Sonny Carson, who produced The Education of Sonny Carson.

Meningitis is a byproduct of bacterial or viral infections that overcome the body's natural immune system.

The aggressive entities can be transmitted from other people through sneezing, coughing, kissing, infected blood, or contaminated water or food.

In August 2004, Professor X, auctioned off his time on eBay for a night on the town in New York City.

X-Clan released a pair of critically acclaimed albums, To the East, Blackwards (1990) and Xodus (1992), but soon after the Brooklyn-based collective disbanded.

In December 2005, X-Clan announced a comeback, but it was unclear if Professor X was party to the reunion. In 1995, X-Clan group member Sugar Shaft died from complications related to the AIDS virus. Funeral arrangements haven't been announced.
Click to expand...

To you and Abu Badika, rest with the angels, brotherman! Mad Love to you and your papa! 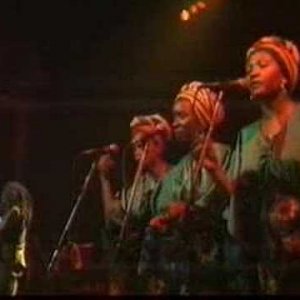