Producer Elizabeth Van Dyke thought I might want to take a look at the Quick Silver Theater Company whom she felt was doing some great work. So I decided to see the "PROOF" for myself. I checked out a production starring Lolita Foster, Count Stovall, Alejandro Rodriquez and Nafeesa Monroe under the directorship of Johanna Day. Indeed there was the "Proof" wholeheartedly supported by the cast and definitely an interesting concept put forth under the pen of David Auburn.

Since the goal of my visit was to learn more about the Quick Silver Theatre group (QST) I seized the occasion and took the opportunity to talk with co-founder Tyrone Mitchell Henderson who co-founded the QST with Lizan Mitchell.

I found when speaking with Tyrone that the mission of Quick Silver Theater Company is to educate, as well as inspire conversation that invigorates the importance of theater and the vital role theater plays in communities throughout the world.

"We believe that an audience arrives at the theater to view a moment in time, moments as viewed by the playwright; a universal storytelling focused on the human experience. Quick Silver Theater Co., through our productions will challenge the audience to view characters as people who "just happen to be" of color, disabled, et al." explained the co-founder.

It seems the aim of QST is to attract diverse audiences while shattering the norm and questioning what is presented as truths or to encourage audiences to look deeper at the intricacies of life, far beyond the surface.

Based on my conversation with the theater administration, I understand the company is presently showcasing a production entitled, "Proof," at 83 E 4th St, NYC, 7:30 pm, running Wed.-Sunday and being presented at the 4th Street Theater until Sunday, September 13. I can only say given their roster of productions, there is definite Proof that the Quick Silver Theater Company is well on its way to proving their credo through their dynamic and classic works, diverse productions and outstanding cast members.

Photos are of the Quick Silver Theater administration, staff, casts and company members.

Aug 8, 2008
AllahUniversal
A
G
Black People : Quick to Hear, Slow to Speak, and Slow to Wrath Against each other. 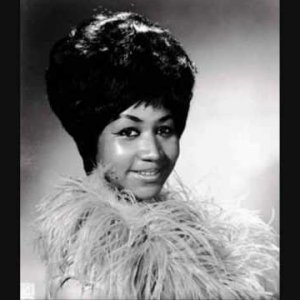