How Your Parents' Votes Were Counted

Once upon a time, Americans voted by Paper Ballot. At the end of the day after the polls had closed, neighborhood people, Democrats and Republicans, worked together to count the votes in the precinct (polling place) BEFORE the votes left that precinct. The count was then posted at the precinct polling place for all to see. This is the only way to insure a verifiable election. Variations of method are possible, but the elements of physical ballots which are counted and posted at the precinct before the ballots leave each precinct are essential to insure a fair and honest count.

To rig an election with the above safeguards built in, one would have to bribe many hundreds of neighborhood people, including key Democrats and Republicans in each precinct you hoped to rig. Finally, the group of people bribed at each precinct would only have access to a tiny fraction of the vote.

"A House Without Doors"

In an earlier clip during this CBS interview, Howard J. Strauss dropped this bombshell: "When it comes to computerized elections, there are no safeguards. It's not a door without locks, it's a house without doors."

The most succinct introductory summary to this mind-blowing subject is found in the ground breaking book Votescam: The Stealing of America by James & Kenneth Collier. The following is quoted with permission granted by the late James Collier in 1991:


Above is a picture of a Voter News Service (VNS) Exit Poll Box. This box shows that the "exit poll" competition which ABC, CBS, NBC, and CNN pretend to have on election night is a total hoax. Furthermore, it proves they know it is a hoax. You will notice that the box has Voter News Service on top, but then shows the logos of ABC, AP, CBS, CNN, and NBC, indicating that Voter News Service is working for All four Big TV networks and the wire service which keeps the world's newspapers informed.

These boxes are used to hold "exit poll" ballots filled out by citizens at the (very rare) polling places where Voter News Service show up on election day and conduct "exit polls." (An exit poll is when voters are asked to fill out a form revealing who they voted for, why they voted for them, etc. as they leave the polls.) Citizens for a Fair Vote Count caught up with VNS in 1996 (only the 2nd time we have been able to do so in the last ten years.) This picture was snapped at a high school outside of Manchester, New Hampshire on February 20, 1996 during the GOP Presidential Primary. beneath this explanation is a picture of the same box at a distance as it sits next to the Voter News Service Exit Poll lady who is talking to a citizen.

For the last quarter century the 4 Big TV Networks have pretended to be in hot competition to predict the "winners" and "losers" in national elections based on the so-called exit polls. I had imagined 30 or 40 accountants in the back room sweating and crunching numbers so that their Anchorman could go on the air first and predict the winner. Now we know it was all a hoax. Now we know that all four Big TV networks get the exact same "exit poll" information, at the exact same time, from the exact same company — Voter News Service. (This is confirmed by Margaret Sims in a 1994 Federal Elections Commission report, and by Time magazine in the 1992 issue immediately following the February 18th New Hampshire Primary of that year, among other sources. The exit poll scam being run by the Big 4 TV networks is treated exhaustively in Votescam: The Stealing of America by Jim & Ken Collier in chapters 15, Piece of the Puzzle, and chapter 16, The Thirteenth Floor. Incidentally, the mysterious and super-arrogant Voter News Service has frequently changed its name over the years. It was former called News Election Services, among other names.)

We also have a picture of a badge worn by a Voter News Service worker on election night 1988 which was snapped at one of the regional center phone banks in Cincinnati, Ohio. This badge again shows the logos of the same news organizations plus UPI (now out of business) and minus CNN which is still very young at that time.

So the competition between the networks is a hoax. Furthermore, there are VERY few exit polls, most Americans have never seen one, and do not know anyone who has ever seen one. Next, at each exit poll, only about 1 out of 15 people will talk to the exit poller. People are busy. They are running to work, picking up the kids, coming home from work, etc. etc. etc. Finally, the exit pollers in the two we have caught up with MISS the rush hour periods in the morning and evening! They show up about ten o'clock in the morning, and finish about 5 PM ! We have video footage of the exit poll lady pictured below (next to box) sitting on the phone from 5 PM to about 7 PM calling her "results" in on a pay phone, while HUNDREDS of voters pass between her and our video camera on the way to and from voting at this New Hampshire High School where there were five polling places. (The other exit poll we caught up with in Northern Kentucky in 1992 also saw the Voter News Service Exit Poll person gone by 5:00 PM.)

When I tried to talk to the exit poll lady at this New Hampshire location, she got irate and called the policeman who was providing security at this voting location. She acted like I was threatening national security to ask her a few questions challenging how these exit polls could possibly be scientific. (Over the years the 4 Big TV network's Exit Poll company has used women from the League of Women Voters and young adults from colleges, perhaps among others, to conduct these very rare exit polls.)

On November 5, 1996, millions of Americans voted by secret ballot for thousands of elected officials from the Presidency to the local dog catcher. What few realized is that a key aspect of the vote-counting was also done in secret. What’s more, they have been legally denied the right to find out precisely how their vote is counted.

How can this be? After all, everybody knows that each aspect of the vote-count is officially conducted by "the government under the microscopic scrutiny of thousands of party officials, anxious candidates, poll workers, curious voters and the media, right?

Not exactly. The counting of almost 70% of our votes is done inside a literal and figurative black box by a technical process that you have no legal right to inspect. The results from that black box are then counted by local election officials who send their results to the State where they are later "certified" as accurate and honest.

But none of the certifying officials are the actual "vote-counters" at the board of canvassers or government officials at any other level has oversight of the thousands of votes counted inside these computers.

Thus, they have no legitimate means of "certifying" that the results are accurate and honest. In fact, in numerous interviews, we found that no official at state, county, city or township levels has had any meaningful oversight (or even a clear understanding) of the vote-counting process at the crucial level of the election computers in each jurisdiction.

Who does? A handful of computer vote-counting companies which have received surprisingly little publicity considering their central role in counting the vote. As a result, the public has near zero knowledge of these companies and the work they do.

Methods of vote-counting in the United States vary widely and include computer-counted punch cards (36%), computer-counted optically-scanned ballots (21.5%), direct-recording computer counters (4.3%), and mixed - some electronic, some mechanical (8.3%). There are also the old-fashioned lever machines (approximately 27%) and the original method of hand-counted paper ballots (2.7%).

[Note: figures were provided by the Federal Election Commission’s Office of Election Administration and are based on a 1994 survey from the Election Data Service.]

The computer-tuned systems were programmed a few weeks before the election by a surprisingly small group of vote-counting companies. Three major voting equipment vendors - Business Records Corporation (BRC) of Dallas, Texas; Sequoia Pacific of Jamestown, New York and Daneher Controls (whose system was formerly marketed by R.E. Shoup) of Gurnee, Illinois, and a handful of others - make products like the Optech Scanner and the Votomatic punch-card system which allow voters to either mark or punch holes in your ballot, which is then fed into a computer, where your vote is tabulated electronically.

When the polls close, the voting tallies feed out from the back of the machine on a strip of paper that looks like a cash register receipt. These slips are then sent on to the County, the State and the media for further counting. In many heavily-populated areas, the Votomatic punch cards or optical scan ballots are taken to a central counting site where they are fed into from 1f to 12 larger computers called tabulators at the rate of up to 1000 per minute.

With Fears of a Repeat, International Poll Watchers Will Be Dispatched Nationwide 9/28/2004 BET: "A recent report by the People for the American Way and the NAACP, notes other examples of suppression in Louisiana and other states. In 2002, the Republican Party admitted paying Black youths $75 to stand on street corners with signs discouraging Blacks from voting, and flyers were distributed in African American communities telling voters they could vote on Tuesday, Dec. 10, three days after the Senate runoff election was held. In South Dakota, American Indians were turned away during a recent special election because they did not have photo-IDs. “A lot is at stake in this election, and we do not want a repeat of four years ago, when thousands of people in Florida, and millions of people around the country, were denied their rights to vote,” said U.S. Rep. Eddie Bernice Johnson (D-Texas), who spearheaded an effort in Congress to get the United Nations to deploy observers across the country to "ensure free and fair elections." Former President Jimmy Carter, speaking in a Washington Post editorial Monday, said that "some basic international requirements for a fair election are missing in Florida," including uniformed procedures for all citizens. He noted that in 2000, the votes of thousands of African Americans were thrown out on technicalities, and cited recent attempts “to disqualify 22,000 African Americans (likely Democrats), but only 61 Hispanics (likely Republicans) as alleged felons.” "The disturbing fact is that a repetition of the problems of 2000 now seems likely," he said. The election monitoring group, Votewatch2004, calculates that up to 6 million voters nationwide were disenfranchised in 2000 because of faulty machines, intimidation, confusing information, partisan efforts, confusing ballots, legal barriers, registration mix-ups, and absentee-ballot problems. The PFAW/NAACP study , "The Long Shadow of Jim Crow: Voter Intimidation and Suppression in America Today," notes that while repression efforts are not limited to a single party, Republican efforts predominate, and the tactics have become "more subtle and subterranean." " 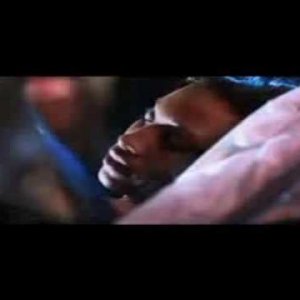