This cartoon has been produced by the European Central Bank (ECB) together with the national central banks of the euro area. They promote this understanding and is used as tool to teach their children the economics of "price stability".

I think it's very vital to teach teenagers about economics...I had an economics class in High school...At that time I wasn't interested in it, but surprisingly I retained some information from it.

Sure that cartoon gives the impression that their economic bureaucracy is necessary and important. But a little research will show that double-entry accounting was supposedly invented in Italy 700 years ago. So why don't Europeans make accounting mandatory in their schools? A Swedish socialist told me he objected to the idea of mandatory accounting on the grounds that the math would make capitalism seem logical. An American Libertarian told me he objected on the grounds that nothing should be mandatory.

The bottom line is that a small percentage of people want the majority to be ignorant.

Now that historical flashback they put in the cartoon went back to before 1900. But what kind of complicated consumer products did people buy back then? Now we have a techno-culture where the economists are technological morons. I have asked a PhD economist how a piston engine worked. He could not explain it. If planned obsolescence is going on then the economics profession can't figure out when or how bad it is.

There were 200,000,000 cars in the United States in 1995. Economists will talk about inflation like that is so important but they won't tell American consumers how much they lose on the depreciation of all of the automobiles.

Buy a $2000 laptop. The economists will add $2000 to GDP. In 3 years that laptop will be worth $500. The consumer lost $1500 in depreciation. Where do the economists subtract that depreciation? They don't! You are supposed to upgrade your computer so you can lose more depreciation. How is that worse than inflation?

So how many TRILLIONS of dollars have Americans lost on cars, air conditioners, washing machines, televisions, etc., etc. Economists only tell us the part of the story that makes them look good. If there is missing information then somehow it is not their fault.

What about the NET Domestic Product? Why do we only hear Gross Domestic Product? Our economists have a little problem with their algebra. When they started doing this stupid nonsense after World War II, which is when Keynesianism became popular, there were fewer than THREE BILLION people on the planet. What did a little bad algebra matter when America dominated the world? But now there are SEVEN BILLION people and they all want to be consumers throwing junk away. So that depreciation amounts to a REALLY HUGE SUM. But we don't know how much it is! But then economists would have to admit they have been getting their algebra wrong for the last SIXTY YEARS.

How eager do you think White men with PhDs are to admit that they have made a dumb mistake with grade school algebra? Or that they have been lying? But can we keep running a world of SEVEN BILLION PEOPLE on bad algebra?

If you are going to study economics, add politics.
Both go hand in hand.

"Free market" is a misnomer.

Economics is a smaller subset of political economy. This is what I would recommend teaching teenagers.

Shikamaru said:
If you are going to study economics, add politics.
Both go hand in hand.

"Free market" is a misnomer.

Economics is a smaller subset of political economy. This is what I would recommend teaching teenagers.
Click to expand...

What I find interesting is that e.u. nations, put considerable emphasis on their children
knowing this stuff. I took economics in school, but it was like 'yeah, what eva what eva'.
The class was vanilla. It took me to read claud anderson's "black labor..." and amos
wilson's "blueprint..." back in the day to realize how essential gaining some understanding
on this stuff is. Not just for me but for nubian people in general. 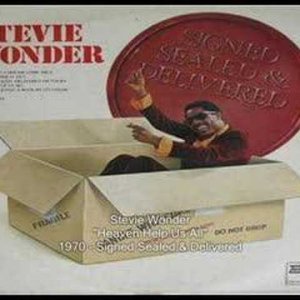