A man whose father was a well to do Kenyan educated in England and associated with MI6 to topple the freedom fighter prime minister Jomo Kenyatta,
a man whose mother was of a aristocratic and elitist bloodline and an official of the Ford foundation in of all places Indonesia in the 70s, when folks who looked like him in East Timor were being massacred.
stood infront of a predominantly Black audience and said he came from humble begginings,
and that Black folks should pull themselves up by their bootstraps

denying the institutional racism , and prevalence of White Supremacy in every institution of this nation that effects and impacts the Black family in this nation, and saying nohing about the damage to Cynthia McKinney, or Troy Davis, or the regetrification going on all over the nation to the Black community

here is a video of the speech

And what else do you have to pass along which will help us to uplift our people?


chuck said:
And what else do you have to pass along which will help us to uplift our people?

is that a prerequisite for a leader or for a new member to post in this group?

but since you asked someone who is not a leader nor claims to be one but just an ordinary Black man in Brooklyn who has a concern for his people, start with the Nguzo Saba, and when you finish all 7 let me know
P

"Although Obama is correct when he said, “I have the blood of Africa in my veins,” he unfortunately shares the political views of a conservative Republican.
For example, when Obama gave a recent speech in front of the N.A.A.C.P, his main message was “personal responsibility.” Obama is very fond of this catchphrase, which is in fact at the foundation of conservative philosophy.
The reason that “personal responsibility” is such a lynchpin in Conservative thought is its implications: it strongly justifies the status quo, and those who benefit from it. Thus, the rich deserve their place atop society, while those at the bottom are likewise “responsible” for it.
All the factors that create generational poverty and generational wealth are ignored, especially the fact that there exists a tiny class of people who own the banks and other corporations, and another much larger class actually doing the work; assuming they’re lucky enough to have a job.
In making his point, Obama said that, “growing up poor can’t be an excuse to get bad grades.” The many difficulties that come with being poor needn’t be “excuses,” but mere facts of existence, including: demoralization, general instability, anxiety, poor nutrition, inadequate resources, lack of safety, no health insurance, poor public schools, etc.
Obama surely knows that economic opportunities in predominantly black communities are more than scarce, especially given the present state of the economy and the widespread disease of racism. If one wants to have enough money for both food and to pay their rent, resorting to the informal economy is often a very reasonable choice.
When it came to the issues of racism and discrimination, Obama spoke very little: “Make no mistake, the pain of discrimination is still felt in America.” But while recognizing that these evils still exist, his solution was to all but ignore them. “No excuses” was the mantra — the right-wing media publications were all very impressed.
For Africans and African Americans, the especially high expectations that came with Obama’s presidency are destined to become colossal letdowns. Correcting the past and present wrongs to Africa and African-Americans would take great structural changes in U.S. government policy; away from benefiting a tiny privileged elite and working towards policies that benefit the great majority of people.
For African American communities, giant government investment is needed in education, housing, health care, and public works so that living-wage jobs are created that allow an actual route out of poverty. This, combined with an increase in affirmative action programs, is a way to enact real change; much more than Obama’s encouraging words will provide.
Of course, the people who actually control the Democrats and Republicans — the big banks, health care industry, oil companies, weapons producers, etc. — want no such change. They greatly benefit from the cheap labor that racism and discrimination provide them. " 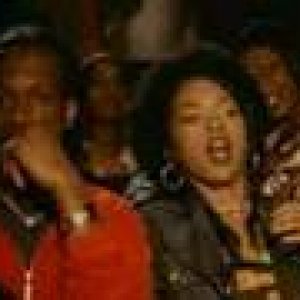