President Barack Obama launched the Computer Science for All initiative to give students programming and coding skills that make them "job-ready on day one”. This movement to teach computer science in school is taking place in the U.S. and around the world.
" If you know something is wrong or bad.

This is what we need more of in our community. It pains me to see so few AA's in IT relative to our population. We need to start pushing our children towards jobs that utilize skill sets for the information age instead of the industrial age.

We need to encourage our youth--tomorrow's Black leaders--to study computer science and we need to start them young. We need them in the computer industry in different positions throughout the global job market AND as entrepreneurs, owning their own businesses.

Giving Black boys a chance to run the tech industry.

All Star Code is addressing Silicon Valley’s diversity problem by training the next generation of technology leaders.

Last month Twitter found itself the latest major tech company to face criticism for a lack of diversity—a jarring lack of diversity, to be more precise. It was revealed that the company’s entire board of directors consists of white males.

The revelation generated plenty of hand-wringing about a well-covered topic, namely the underrepresentation of women and ethnic minorities, particularly African Americans, in the tech industry. What was especially disturbing about the coverage of Twitter’s lack of diversity is its CEO’s seeming indifference to the topic.

After Stanford University fellow Vivek Wadhwa said, “This is the elite arrogance of the Silicon Valley mafia, the Twitter mafia. It’s the same male chauvinistic thinking. The fact that they went to the IPO without a single woman on the board—how dare they?” Twitter’s Dick Costolo replied, “Vivek Wadhwa is the Carrot Top of academic sources.” (Carrot Top is a professional comedian occasionally derided by other comedians for his material.)

But while others continue to focus on the problem of a lack of diversity in the tech space, a new nonprofit venture aims to find a solution. Christina Lewis Halpern, a journalist who has written for publications like the Wall Street Journal, has launched All Star Code, which aims to prepare African-American boys for careers in the tech sector.

I'm trippin and not sharing the resources I have gathered over the years. This site has some classes for very low cost and or free. Please please turn any youth that may have an interests in IT on to this site. Technologies like Cisco, Microsoft, Unix, Linux, Network Security etc etc. If you have any questions about career paths I have done it by trail and error. I can at least get you pointed in the right direction.

What is really curious is so many computer people who don't know squat about electricity. In some ways devices like the Raspberry Pi and Beaglebone Black have taken us back to the 70s and we can get to the innards rather than just deal with a keyboard and a screen.

But now there is the processing power of 1970s mainframes at the price of peanuts and programming does not have to be in assembly language.

Scenario 1: We simply don't all progress together. These technological developments become an engine for greater and greater disparities of power and wealth around the globe.

Scenario 2: People in the developing world become the beneficiaries of innovations emerging from the advanced world. The latter become the beta testers, turning over to the former those breakthroughs (like 3-D printed food?) that are promising. An precedent is how cell-phone networks allowed the developing world to leapfrog over the infrastructure costs of wired communication.
Click to expand...

The Dilemmas of Maker Culture
http://www.theatlantic.com/technology/archive/2015/04/the-dilemmas-of-maker-culture/390891/

Technology and the implementation of technology are two different things. As technology becomes cheaper and more powerful the possible variations of the future become greater. But the less you know the less control you have. 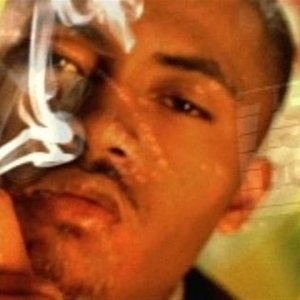