Bingiedred ... i moved this post from the this thread, and put it in this one, because you are in violation.

When Moderators are Moderating - Stay Out of the Way.

If you really like the billboard he received, do this again, and you'll get one of your own.

Posts 1 and 2 above were moved from this thread, and access to ALL Study Groups prohibited for one month.


I can live with that. A small price to pay for speaking the Truth. At least I wasn't crucified, or had my skin scraped off, or burnt at the stake, or worse as religious adherents have historically been known to react to those they disagree with.

Speaking of Christian hypocrites, did you hear that the guy who pretended to be a Jew, produced an anti-Muslim film, and ignited mob violence against US embassies, has been identified by the feds as a Christian?

Why am I not surprised?

istlota said:
I can live with that. A small price to pay for speaking the Truth. At least I wasn't crucified, or had my skin scraped off, or burnt at the stake, or worse as religious adherents have historically been known to react to those they disagree with.

Speaking of Christian hypocrites, did you hear that the guy who pretended to be a Jew, produced an anti-Muslim film, and ignited mob violence against US embassies, has been identified by the feds as a Christian?

I'm glad you can live with my decision. If i have to do this again, you'll lose permanent access to that area.

No, i didn't know the above, thanks for sharing.

I find it interesting that you are so forgiving of whites, encouraging us to become one with them, but hold so much disdain for the christian.

NyneElementz said:
WOW, what a misquote and a misconception.

I didn't say that it was an insult to God to believe what Jesus taught. I'm saying that thinking of what Jesus taught as anything less than a lifestyle, mentality, and a thought process is insulting to God. I consider Christianity - more specifically the teachings of Jesus and his students along with the earlier teachings regarding the heart of the laws of God - to be more than mere religion. For instance, when the Children of Israel were challenged concerning their motives behind their 'religious fasting' (Isaiah 55), God didn't criticize fasting itself. What He convicted them of doing was corrupting the spiritual meaning behind the directed act. So when I run across a biblical scripture that says "be not hearers of the Word only, but doers," that says to me that we have to regard our faith as a lifestyle, mentality, and thought process, so that our actions naturally reflect what we believe.

You see, many people would rather see a sermon than to hear one. I know this. So my drive behind being a Christian is not being the sermon you hear, but the one you see. Why would I say that doing this is an insult to God when it is the challenge and opportunity that He is lovingly laying before me?

I hope this clears up the misunderstanding, because I know that not everyone reads things the same way.
Click to expand...


The _religion_ of Christianity is a lifestyle, a mentality, and a thought process.

You are incorrect to associate the teachings of Jesus with Christianity.

Every word I have ever posted in the Christian Study Forum has involved me showing, with the red words in the bible, how Christianity demonstrably is opposed to the teachings of Christ. It is heretical that Christians have gotten away, for so long, with pretending to be followers of Jesus when they are, with few exceptions, anything but that.

The Way in which their indefensible misconceptions are protected here on Destee.com is a microcosm of how they are similarly protected by persons in positions of authority in the State. All of which was foretold in the last book of the bible. The Beast is the State. The Whore of Babylon is religion in general and Christianity in particular. The Beast and the Whore of Babylon work together to realize the will of the Dragon [the devil]. The Devil is not a sentient being but is allegory for the dark side of man itself [6-6-6, the number of man, the number of electrons-protons-neutrons in the carbon atoms from which carbon-based life is manifested].

The destiny of mortal man is to realize that the manifestation of flesh, his body, 6-6-6, is not the real Self.

The book of the Revelation of Jesus Christ is not about a physical war or about the Rapture as Christians teach it and portray it in books such as the Left Behind series. The last book of the bible is allegory about the ascension of man from mortality [son of Man] to Immortality [Son of God]. The war is not physical but spiritual. The rebuilding of the temple is not the physical rebuilding of a temple in the Holy Land but allegory for the rebuilding of the temple within --- about rebirth --- about seeking the kingdom of God within.

But, or course, Christianity does not teach this because Christianity is opposed to the teachings of Jesus about seeking the kingdom of God _within_. 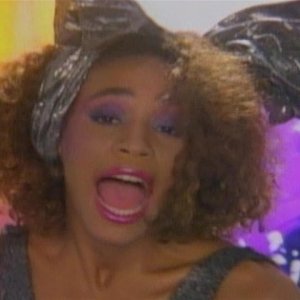