Black Poetry : "PoP" a poem of Obama to his dad Frank Davis

HOW Obama’s Poem links to his house visits with Frank Davis:

Sitting in his seat, a seat broad and broken

In, sprinkled with ashes,

Shot of Seagrams, neat, and asks

What to do with me, a green young man

Who fails to consider the

Flim and flam of the world, since

Things have been easy for me;

I stare hard at his face, a stare

That deflects off his brow;

I'm sure he's unaware of his

And his slow, unwelcome twitches,

Listen, open, till I cling to his pale,

Yelling in his ears, that hang

His joke, so I ask why

But I don't care anymore, cause

Under my seat, I pull out the

(mirror for a line of cocaine?)

Laughing loud, the blood rushing from his face

To mine, as he grows small,

A spot in my brain, something

Points out the same amber

Stain on his shorts that I've got on mine and

Makes me smell his smell, coming [In book he smells the breath of Davis]

From me; he switches channels, recites an old poem

He wrote before his mother died,

For a hug, as I shink, my [This hug is called embrace with Old man in Dreams from my Father p302]

("shink" can mean in urban slang to become awkward.)

His thick, oily neck, and his broad back; 'cause [ Black men have oily necks not white]

I see my face, framed within

And know he's laughing too.

If we now turn Barack Obama book Dreams from my (so-called) Father we can picture Barack over Frank Davis house sitting in his chair (seat) listening discuss problems and listening to him recite poetry.

Barack goes over Frank Davis house to discuss a problem his granddad had with his maid by being scared of a blackman. “It took me a while to recognize the house…I could see Frank sitting in his overstuffed chair, a book of poetry in his lap, his reading glasses slipping down his nose…Want a drink? He asked me. I nodded and watched him pull down a bottle of whiskey….I told frank some of what happened he nodded and poured us each a shot….He told me once about a black girl they hired to look after your mother….Frank wasn’t watching me; his eyes were closed now, his head leaning against the back of his chair… frank said quietly. He’s basically a good man. But he doesn’t know me anymore than he knew that girl that looked after your mother. He can’t know me, not the way I know him. Maybe some of these Hawaiians can, or the Indians on the reservation. They’ve seen their fathers humiliated. Their mothers desecrated. But your grandfather will never know what that feels like. That’s why he can come over here and drink my whiskey and fall asleep in that chair you’re sitting in right now” (p.89-90)

Another quote from Obama’s book also helps to set the stage for his Poem “Pops” which is basically recalling his past visits over Frank’s house:


A poet named frank…gramps once showed me some of his work anthologized in a book of black poetry…he would read us his poetry whenever we stopped by his house, sharing whiskey with gramps out of an emptied jelly jar…I was intrigued by old Frank, with his books and whiskey breath and the hint of hard-earned knowledge behind the hooded eyes (p.76-77).

Obama didn’t inherit his writing skills to his grandfather Stanley “Gramps”. So we must ask who did he get his writing from. I once thought it was Obama SR. when I wrote a review for a book on Obama I had said:

“One can see the imprint of his mother and maternal grandmother in almost every aspect of his character”. Then we also see on the white side his grandfather Stanley Dunham his “motions and gestures”. But the nature of his brainpower comes from Obama Sr, the Blackman from Africa who came to America and graduated from Harvard. Like father like son the Obama’s came out of USA’s finest school with flying colors. However Stanley wasn’t into hitting the books he was a truant when it came to academics deficiencies. He wanted to party and ******** while at the U of Cali @ Berkeley. He was basically shiting and pissing on his GI bill returning home from WWII.”

We were all tricked and fooled “Pop” was Frank Davis the poet and journalist.

Barack’s other poem sound the same as “Pop”. This poem below was written in 1978/1979 while at Purdun High School in Hawaii. With brackets to the side I will insert similar lanqage he writes from Pop:

Staggering and numb under the glare of the [unwelcome twitches]

Spotlight. His eyes, so dull and grey [Dark watery Eyes]

Slide from right to left, to right [Glare in different directions]

Looking for his life, misplaced in a

I am found, instead.

Seeking a hiding place, the night seals us together.

A transient spark lights his face, and in my honor,

He pulls out forgotten dignity from under his flaking coat,

And walks a straight line along the crooked world. [Flim and flam of the world]


Clearly he’s talking about his father as the old man because they share the same language as in “Pop”
Last edited: May 5, 2015

Note: the poem “Pop” may be a typological allusion to a line from “47th street” poem:

Then turn back to ‘Orphan Annie,” “Popeye”… (Obama “Pop” poem alludes his father’s eyes he calls “hooded eyes” in his book and of course Obama’s mother name is Ann)

It is of my opinion and several others like, Jack Cashill & Cliff Kincaid and a host of others, believe that Frank Davis either wrote “Pop” or worked on with Obama. Obama already admitted in his book Dreams From my father that Davis and Obama worked on writing dirty poetry together. ‘As the night wore on, the two of them (Davis & gramps) would solicit my help in composing dirty limericks” p.77 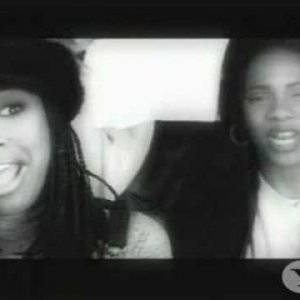