"Neither slavery nor involuntary servitude, except as a punishment for crime whereof the party shall have been duly convicted, shall exist within the United States, or any place subject to their jurisdiction

In a major step forward, Mississippi banned slavery this week. This type of definite legislative action is ostensibly the type of thing to be excited about in an era of unprecedented political foot-dragging, so congratulations Mississippi for finally ratifying the Thirteenth Amendment. Sure, the state is a little behind the curve on this one, given that the nation is a full 148 years past the official end of slavery (more on that, in a second). But Mississippi isn’t the only state that took awhile to warm up to the idea that people shouldn't own, sell, beat and rape other people in a nation that is largely (and perhaps falsely) recognized as one of the most civilized in the world.
Delaware waited until the turn of the twentieth century to ratify the Thirteenth Amendment, while Kentucky waited another three-quarters of a century, finally ratifying the legislation in 1976. That left Mississippi the last holdout state until it ratified the amendment in 1995. But this leap forward in Mississippi history didn’t become official until earlier this week, mostly because the state forgot to tell anyone--particularly the U.S. archivist--about its 1995 ratification. After a few Mississippians saw Lincoln, they noticed online that their own state wasn’t actually part of this historic ratification, and thus this week’s action.
http://www.alternet.org/news-amp-po...d-slavery-its-alive-and-well-america-and-rest


The context of this modern day slave plantation is unfortunately appropriate. Nola.comwrotethat Louisiana is the world's "prison capital," with 1 in 86 residents serving time — nearly double the national average. The racial skew is extreme. One in 14 black men in New Orleans is behind bars; 1 in 7 is either in prison, on parole or on probation. Louisiana is "notorious for racial disparities in its justice systems," Andrew Cohen wrote in the Atlantic.One highly concerning aspect of Louisiana's judicial scheme is that, unlike in 48 states, a unanimous jury decision is not required — only 10 jurors have to vote to convict someone, even for a life sentence. Oregon is the only other state with this system, but it doesn't have the same tremendous racial component.
Cohen wrote, "Prosecutors can comply with their constitutional obligations to permit blacks and other minority citizens to serve as jurors but then effectively nullify the votes of those jurors should they vote to acquit." It is one of "the most obvious and destructive flaws in Louisiana's broken justice system," he wrote, arguing, plain and simple: "Louisiana is terribly wrong to defend a law that was born of white supremacy."
http://mic.com/articles/88461/a-mod...s-thriving-in-the-heart-of-america#.qHmGtVWhx 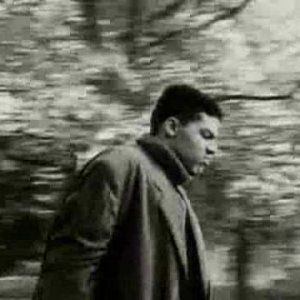