Science and Technology : Plan To Depopulate and Control The World Using CCP Virus???

Is there a plan to depopulate and control the world using a CCP (Chinese Communist Party) virus?
I really don't know but this former WHO scientist says yes, there is a plan to do just that. We are living in an era of extremely unpredictable and perilous times. Personally, I would not be surprised.
There are a lot of people with power, enormous wealth and influence who may have very dark and devious intentions.

The eminent former WHO scientist for International Public Health, Dr. Astrid Stuckelberger, warns about a possible plan to depopulate and control the world using the CCP Virus, and subject people to fear and perpetual vaccination.
Stuckelberger involves in her hypothesis a small group of billionaires, including Microsoft co-founder Bill Gates, as she explains in a hearing with Dr. Reiner Füllmich for the international lawsuit Nuremberg II published on June 5.
The plan would have already been tested last century with attempts at eugenics, but now that group of people would be going even further with their plan.
“They are trying to block people’s freedoms, which is really disturbing,” Stuckelberger mentioned, adding, “They want to annihilate any thought, emotion and cognition.”
“Because they are closing churches, they are closing things that make people spiritual, they are emulating all natural healers, and even in Switzerland [her homeland], they are letting doctors practice, but natural healers don’t,” she reiterated.
In this context, she questions the use of PCR tests that are inserted through the nose, taking DNA samples, and targeting the brain, which “can really have consequences on your aging, on your longevity.”
She also considered that this group will subjugate people through nanotechnologies, making them obedient.
Stuckelberger added: “They want to annihilate them, those who survive with their brain completely dysfunctional will be obedient. They even want to put nanotechnologies under the skin, imposing the passport of vaccines”.
She likewise referred to the Johns Hopkins University plan for possible pandemics, projected for the years 2025 and 2028. The University describes it in the following terms.
“SPARS Pandemic 2025-2028. The steps in this process include deciding on a time frame, identifying likely critical uncertainties, and then using this framework to construct a storyline covering the response and recovery phases of a fictitious emergency event,” it describes in a paper.
Stuckelberger believes that people are the ones called upon to put an end to this situation, once they become aware of what is going on.
“So I’m just, you know, I’m calling on people to wake up and take back their health, not to believe what the government wants them to believe, he’s creating a pandemic for profit,” she stressed.
She added: “It is an eternal pandemic. This is the worst nightmare. You can be in perpetual fear, all your life. [In] perpetual vaccination. So, you see, that’s what they want, and they’re doing it right under everybody’s nose, you know.”
Stuckelberger worked at WHO, and in research at Geneva Hospital, Switzerland, advising policy decisions. She also advised the WHO ethics committee for 4 years, and participated in missions of the University of Geneva to the WHO.
Her warnings are not exceptional, other scientists have also issued concepts on the risks that the irregular handling of the CCP (Communist Party of China) Virus could imply for the world population, from different perspectives.
Among them is German virologist Dr. Geert Vanden Bossche, one of the world’s most experienced vaccine specialists, who states: “Anyone who takes the COVID [CCP Virus] vaccine is destroying their innate immune system”.
Also, German microbiology and epidemiology specialist Dr. Sucharit Bhakdi emphasized the dangers of the controversial vaccine when given to children.
He said: “Do not give it to children because they have absolutely no possibility to defend themselves, if you give it to your child you are committing a crime”.

You just can't make this stuff up? Maybe!!!

LIKE I SAID, PEOPLE WITH POWER, ENORMOUS WEALTH AND INFLUENCE

The religious leader is none other than Minister Louis Farrakhan.
The followings words are his not mine;
“I say to my brothers and sisters in Africa, if they come up with a vaccine, be careful. Don’t let them vaccinate you with their history of treachery through vaccines, through medication,” Farrakhan said during an annual Fourth of July speech.

“Do not take their medication,” the 87-year-old religious leader continued.

Farrakhan’s words build on what happened years ago in Kenya, where a controversial vaccination plan promoted by the Bill and Melinda Gates Foundation in the African country ended up sterilizing millions of women.

Since beginning the manufacture of vaccines decades ago, he has achieved a wide range of products that have now become indispensable, culminating with drugs against the CCP (Chinese Communist Party) Virus, his greatest creation.

Gates promotes a controversial identification plan called “Agenda ID2020,” which was ratified by the German government in February, despite the suspicions it generates in many people.

Gates created the digital “Agenda ID2020” of the Global Alliance for Vaccines and Immunization (GAVI) in 2001.

It collects electronic data on each individual, available to all government agencies, law enforcement, and possibly the private sector, Global Research reported Feb. 3.

At least 200 pieces of data could be collected and would increase over time, including bank account, shopping habits, health and vaccination records, political leanings, and many other details about the private lives of those registered in such a system.

The controversial billionaire, Bill Gates, with his multiple projects, is cornering humanity to beco...

thebl.com
WHAT IS THE GREAT RESET?

In case you haven't been paying attention, this video will explain to some degree what the wealthiest, most and powerful and influencial people have in mind for the future of this realm. The Great Reset 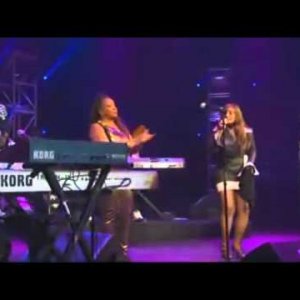