Health and Wellness : Physiological and Psychological Impact of Racism for African Americans

Often, we, at Destee.com, have conversations about Black people's behavior, thinking patterns, and relationships. Sometimes these conversations are presented in a way that are perceived to blame our relationship failures on each other--Black men and Black women. A lot of opinions are offered, agreements and disagreements stated. Most comments are based on the day-to-day observations or experiences by some with what might seem as simple, straight forward solutions presented, i.e., change the way you think, don't believe the hype and treat each other more respectfully and, dare I say, lovingly.

I and maybe some others think the problem is deeper and more complex and stems from a system of white supremacy that was started centuries before our time and that which has manifested itself in the form of deep psychological and emotional conditions still today.

Do Black people have an aversion to mental therapy? Do we believe that we can change who we have been taught to be without it? To get beyond the talk...the act of simply recognizing that we have problems, to action, I submit this article and ask, what do you think?

"On Feb. 1, 1960, four stools at a Woolworth’s lunch counter in Greensboro, N.C., sparked national media attention and led to hundreds of subsequent sit-ins across the country. The immediate and impactful influence that these four African-American students had on the non-violence movement during the civil rights era is frequently praised, particularly during Black History Month. However, the enormous personal stress that they likely experienced as they occupied those stools is less often considered. In honor of the four African-American students and African-Americans across the diaspora, the Ethnicity and Health in America Series is raising awareness about the physiological and psychological impact of racism and discrimination as it relates to stress. The chronic condition of stress was selected because of its prevalence and impact on health within health disparity population groups (e.g., people of color), and their high association with many other chronic diseases.

Although the chronic condition of stress can have negative side effects on all persons, the unique psycho-social and contextual factors, specifically the common and pervasive exposure to racism and discrimination, creates an additional daily stressor for African-Americans. Often, African-Americans do not realize daily stressors that may affect their psychological or physiological health and so we have compiled a collection of articles and additional resources to understand the health effects that result from exposure and perception of racism and discrimination."

P.T.S.S. is a theory that explains the etiology of many of the adaptive survival behaviors in African American communities throughout the United States and the Diaspora. It is a condition that exists as a consequence of multigenerational oppression of Africans and their descendants resulting from centuries of chattel slavery. A form of slavery which was predicated on the belief that African Americans were inherently/genetically inferior to whites. This was then followed by institutionalized racism which continues to perpetuate injury.

FWIW : i have been through extensive psycho therapy in my life.

My great grandpa told me bad stories about what some of the cooks he knew at many of the newly integrated Woolworths & CrackerBarrels in the South would do to the black protestor peoples food & beverages, it was kinda putrid to hear what the people he knew would do to those people, he agreed but he also said although he never had to experience the evil of racism but if he did he would never want to be near people who didn't want to be near him. Much less trust them to cook his food without some manner of resentment.

"The matrix is, however, still fully deceiving the majority of people. There might be explosive insights that give many a temporary view of an unveiled mindscape, but patterned wiring quickly sucks them back into their habitual behaviors. Yet once there is a ‘conscious’ commitment to explore the truths of our existence – including the systemic, societal and esoteric layers – the observer begins a process of unplugging from certain aspects of the program and emancipating themselves from their psychological, emotional and spiritual enslavement."

G
Psychological trauma: What are some of the Signs in us? 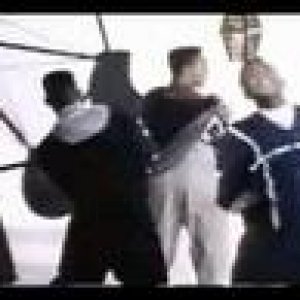