The Phoniness Of White So Call Liberal Democrats With A Paternal Disrespectful Behavior Toward Black Afrikan People!!!

This is a very lying and deceiving use of time going on out there is white racist prejudice world And Those Who Refer To Themselves Democrats And Democrat Socialist And The Likes They Care Nothing About Your Black Behind, As Black Afrikans Living In America Not By Choice following behind that wicked racist unjust prejudice Luciferian Human Being Choosing to Do Also.

To Become A Black Afrikan Nationalist Pan Afrikan Revolutionary You Must Learn Again To Think Like One, beloved.

You have to be able to use your Black Afrikan Nationalist Pan Afrikan Divine Soul Eye to be able to appreciate this Divine Truth I share with Black Afrikan people and in this case, I will show to you the phoniness of white liberalism Racism and Prejudice using Democratic Liberalism as their cover of Racist Prejudice Paternal acting behavior toward Black Afrikans in America, not by choice.

Some say we are witnessing America Culture Antiracist prejudice revolution being guided and implemented by White Liberalism calling for and is participating in the destruction of American culture symbols verifying America past culture of racism prejudice against Black Afrikans in America not by choice. acting out the evil against our Afrikan Ancestors living in the time of Enslavement, racism, prejudice and racial discrimination, and racial segregation.

I am a Black Afrikan Nationalist Pan Afrikan and is opposed to the white phony *** Liberals destroying the America artifacts and statues that represent to verify the culture of Racism and Unjust prejudice Discriminating spirit that was acted out against Black Afrikan people, the racist spirit that did in fact enslaved our Enslaved Ancestors and it was the America Flag that was at full staff flying on top of the mast of the ships that were transporting our Enslaved Ancestors to their death and to be treated like white liberals animals are treated by the oligarchs and soldiers of that America period of time, Confederates and Union.

It is the so-call white racist liberals who are leading the call for action to destroy all of America culture symbols, artifacts, and statues representing the past period of America implementing the action and behavior of treating Black Afrikans as White Folks Chattel, invaded captured and shipped Black Afrikans across the Atlantic Ocean packed in the bottom of ships being transported as living cargo to serve as slaves owned by white folks, the period of Time referred to as the time of Institutional Chattel Slavery and now white liberal the same as their white ancestors under false pretense is in a rampage to destroy all evidence of America Evil Treatment of Black Afrikans who were enslaved by Americans against their will, they being in America not by choice.

Now you Black Afrikans are going to have to use Common Sense To be able to see with innerstanding this I am sharing with you from a Divine Mind Black Afrikan Nationalist Pan Afrikan perspective being guided by Divine thought that has me to know what I share with Black Afrikans is what I been given the mental ability to know is Divinely True, beloved.

This Culture America Revolution of Destruction of southern white official statues and artifacts symbols I am against being destroyed because by doing so cheat our Generations to come from ever seeing those symbols that represent the America evil behavior against our Black Afrikan Ancestors so you see, every artifact symbol that represents the period of Racist prejudice activity against our Afrikan Ancestors that is destroyed become the destruction of a part of Black Afrikans Historical America treatment.

So, all of the destruction going on to erase America History of Enslavement of Black Afrikan People and the racist treatment of Prejudice and discrimination segregation, that is Black Afrikans in America not by choice History as well and it needs to be preserved so Black Afrikans are to never forget the horrible past evil America acted out against their/our Afrikan Ancestors for being as Nature has designed us to be, Divinely Cosmic Black Universal Beings.

Every part of America Racist Prejudice past that is destroyed is a part of Black Afrikans in America not by choice Historical evidence of Black Afrikans past racism prejudice treatment and that part of America culture should be allowed to stand and be throughout all periods of time until Time decides to be the eraser of such verified experience, some things that become a historical fact is meant for only the Nature of Time to erase, which the devil will rebel against and attempt to master Time Events That Happen to become a part of Past Time Experience, beloved.

So beware of the phony Democrat so call Liberals, they have no respect for the Black Afrikan Family as they attempt to act out a paternal role over Black Afrikans, which Nature does not allow, based on the nature of our Black design, beloved. 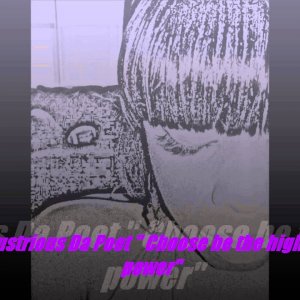