both you and James are correct --it is a democratic-republic ---powered by the hegelian dialectic system!


Hermetic said:
The US is a Republic (representative democracy), not a full on Democracy. The US was never meant to be a full on Democracy either. If they remove the Electoral College, then the elections would be determined by New York and California, and that would disenfranchise the smaller population states all across the US, actually convincing many that their only choice is succession.
Click to expand...


Votes are still being counted in the 2016 election as absentee ballots come in, and Hillary Clinton‘s share of the popular vote is still widening.

The current official results show Clinton with half a percentage point of a lead over Donald Trump, and as the ballots come in, it is clear that the lead will only widen, especially with 4 million votes yet to be counted in California alone.
Click to expand...

Has anyone seen California lately? The freeways are crumbling and the meth houses and brothels are in the nice neighborhoods. One school of student body can make its way to beat up another school of students as was recently demonstrated. Church ladies are getting thrown down and robbed with a gun to the head in the parking lot. You've heard the song Hotel California? The next one is California Chaos. Families are jumping out for a move to other states. If you can't get to sleep without hearing at least two gun shots in the night, then move to Cali. These, and also the up and coming will be voters of California.

I would say that is just the northern California, but what is happening to the south? The same. What used to be an iconic Hollywood and Vine is now just a hookup for prostitutes. San Fernando Valley has been deteriorating. There has got to be nice towns somewhere. But I'm not hearing about them. By the way, you've seen the beware of cattle or deer crossing signs? Well in Southern California they have a beware of running immigrant people crossing signs on the freeway.

Now that they have medical marijuana (yeah, riiiight) legally, what is that going to do to the kids? Everybody can have a owwy. People should think about the kids. I have a story, maybe some have heard it already. So there I was five years old. My mom and dad were going out. They got the old lady upstairs to agree to comedown and check in on me. My mom told me go to sleep and not cause the old lady upstairs any problems. So I laid there for a little while and when she didn't come down just then I walked around and discovered on the table a pack of cigarettes, matches and a bottle of red italian table wine. Soooo, I got a small glass and poured a little wine. I saw that my parents never poured a full glass, so a quarter full. Then I went and struck a couple matches over the sink, because I heard about playing with matches could start a fire. When I mastered that I went to get my cigarette. First I blew out and the cigarette didn't light, so then I sucked in. Eureka! I sat there with my leg over one knee smoking my cigarette and got another(not inhaling) while sipping my wine,(interesting).

When I finished, I washed the glass and put it back. Then, I made sure the cigarette was out, mashing hard and feeling with my fingers to make sure. I had to get rid of the evidence, so I threw the butts behind the couch along with the used matches. I went back to bed. Lo and behold the babysitter came to check in on me. I pretended to be asleep. She left.

The next day, my mother decided to vacuum behind the couch. She found the cigarette butts and matches. My dad got in big trouble. "Don't be throwing your cigarettes behind the couch! Use an ashtray! Whats the matter with you?!" He never came out of the other room to defend himself. I got away with it.

I believe people need to sit and think hard about how "democracy" is defined in the U.S. and how it is being practiced and finally come to terms with the fact that YOU--my beautiful Black people--were never meant to be any parts of the decision making in an oppressive and racist system. We are the pawns....the worker-bees...nurtured and trained to answer to and do the bidding of those in control of the system. What part of that are we missing? I'm a voter . . . but I've come to the realization that even though I vote, if the choices among the list of those running for office, suck, do the math. Nothing plus nothing equals nothing! Why do we fall for "the lesser of the two evils" mess?

I agree with Trump on one thing--the system is RIGGED! Until the system is changed and the regime changes hands to more progressive and non-racist individuals, we can certainly expect the same even when the faces of leadership change.

You can't get blood out of a turnip. The milk is spoiled and I don't mean that it's browning, it's curdled. When it comes to the establishment, it's only about YOU when you have to be appeased or put back in line with all the rest of the worker-bees. Even those who THINK they don't participate in the establishment's program --- ummm, yeah ya do. Every day like clock-work. Ain't none of us off the grid or the treadmill.

Our reality is not the reality of the "elite" nor their plan.

Having said that, change? Yeah, it's coming--with or without Black people being involved. You want it? Are you and other Black people ready to be a part of it and I'm speaking to those who chose not to vote? Are you involved in any other way? Do you believe it's possible to make the kind of change you want happen? Are we going to leave it up to the Natives...the Latinx...the Muslims . . . gay people and the Asians who are now under attack . . . to do the heavy lifting? To my young Blacks, what I'm witnessing now, I've seen it before...born in it, raised in it. It's not text book or theory--it's real. I never wanted this for you and I thought being a voter and community activist would avoid a repeat. I apologize. Let's take Hillary's campaign slogan--Stronger together--and make something rich and powerful happen for Black and all other people of color.

Pay close attention to Bernie Sanders and what he's doing and saying these days. Why does he give me the impression that this was his plan all along because until we saw it with our own eyes, we never would have believed him saying it.

History does repeat itself, but the outcome doesn't always have to be the same if we learn anything from history.

How many of you have seen the documentary, "13th"? 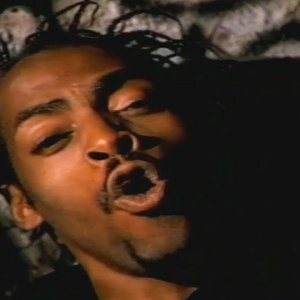