Black Spirituality Religion : people lying about astral experiences make a mockery out of something sacred here's one i had at 7

103 ao kiji said:
Queen destee, I have a feeling it may hold an answer to our problem, but when you get into this stuff you are leaving behind the realm of mortals, it can be a lonely life, and you need a strong will or you wouldn't persevere, because people will scoff at you, white people spend billions of dollars studying this stuff, and what they learned is black people hold the key to Pandora's box, they just don't know what's inside the box or how opening it will effect them, and the status quo, but they fear the answer isn't a pleasant one, how I know someone could be lying about astral experiences, certain key points in their description could tell me, but usually when someone is scared as sh*t, and suddenly afraid of the dark, feel like they are suddenly being watched, the reason why I don't project much is my visions from when I was a kid, It's more dangerous for me than it is for others, I have to fortify myself first before I return to the astral, lastly the benefit of going to other planes, the knowledge you could pick up is limitless, some of the symbols in the astral plane if you meditate on them you can gain enlightenment into some heavy stuff, I'm still an apprentice so my level is actually really low, I'm getting there though
Click to expand...

103 ao kiji said:
Sorry queen destee when I gave the symptoms those are the people who most likely are really experiencing out of body moments
Click to expand...

Thank you for such a thoughtful response.

As i was returning to this thread i saw Brother info-moetry is logged in ...

I'm wondering if "astral travel" is something we have talked about before Brother Info?

And you logged in right at this moment to jog my memory ...

103 ao kiji ... i will study what you have shared and continue to read and learn.

Thanks again for answering my questions.

103 ao kiji said:
Big sis willa my bad, I didn't know a queen decided to grace me with a response, trump said that seriously? But peep this, there are no "true" warriors in this era aside from my self and a hand full of others, honor and compassion, these are key in the make up of a "true" Warrior, you must have balance, this isn't easy, often the dark overshadows the light, this must not be allowed to happen, but don't get the war in true warrior confused, a refusal to bow to an oppressor is also key, so a farmer or even a plumber can be a true warrior, it's all in the heart, more of a disposition
Click to expand...

Destee said:
Thank you for such a thoughtful response.

As i was returning to this thread i saw Brother info-moetry is logged in ...

I'm wondering if "astral travel" is something we have talked about before Brother Info?

And you logged in right at this moment to jog my memory ...

103 ao kiji ... i will study what you have shared and continue to read and learn.

Thanks again for answering my questions.

Then the answer should be clear...

info-moetry said:
Then the answer should be clear...
Click to expand...

i am kinda slow when it comes to these things

truly honored to have been blessed with you

thank you Brother Info ... for everything ... happy new year

This is actually something Ive dived deeper into. Ive tried to do it on my own but Ive only come close. My body won't let go so I gave up I rather it just happen on its own. Some of the stories are hard to believe but me coming close gave me confidence that its not just pseudo 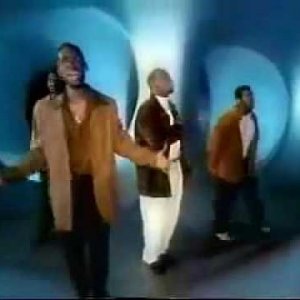