sekou kasimu said:
Whose side are you on?!
Click to expand...


sekou kasimu said:
Why shouldn't Afrikan soldiers take the land back in Zimbabwe?
Click to expand...

It is theirs and they fought and won...they should get it back.
Africa for Africans....here there and abroad.


sekou kasimu said:
What do you think they were fighting for, integration with whites?! Integrationist Negroes like Nelson Mandela/ANC in South Afrika tried that with their struggle for a Rainbow Nation! Ludicrous at best!
Click to expand...

We are all one race - The Human Race.


sekou kasimu said:
FYI, wars are fought over land and the natural resources thereon and therein! There on very few exceptions to this historical fact!
Click to expand...

RAPTOR said:
by Theogene Rudasingwa
This article previously appeared in Pambuzuka News.
Washington’s go-to warlord in Africa, Rwandan President Paul Kagame, has turned his country’s
embassies into nests of assassins, targeting dissidents around the globe. His foreign and domestic
policies are “founded on the premise that opponents, whether heads of state or ordinary citizens,
must die or be jailed.”

Rwanda’s diplomatic missions abroad are used by the regime in Kigali to coordinate assassination
plots targeting President Kagame’s critics. That is what taxpayers are paying for. Meanwhile much
of the ‘international community’ is busy applauding this tyrant President Paul Kagame’s 20 year
reign of terror characterized by a distorted and deceptive narrative that he saved Tutsi from
genocide perpetrated by Hutu; over-reliance on violence and war-making nationally and regionally;
‘Tutsi-fication’ of the leadership of the military while eliminating real and potential competitors;
transformation of the ruling Rwanda Patriotic Front (RPF) into a rubber stamp to enforce his will
while eliminating real or perceived contenders to power; usurping legislative, executive and
judiciary powers; closure of political space for political parties, civil society, independent media and
intellectual activity; personal control of a financial empire that is spread across public and private
sectors; and, a mindset of a serial killer and mass murderer who relentlessly acts with impunity.

Kagame and about a dozen Tutsi military officers, all former refugees in Uganda, preside over this
global criminal enterprise to assassinate opponents. Over the last twenty years, agents of the
criminalized Rwandan state have struck terror in the Democratic Republic of Congo and Rwanda,
killing millions of Congolese and Rwandans. His assassins have struck in Kigali, Nairobi, Dar es
Salaam, Kampala, Bujumbura, Maputo, Johannesburg, West Africa, Kinshasa, London, Brussels,
and Stockholm. Victims of this criminal crusade include Heads of State, opposition politicians,
human rights activists, journalists and ordinary Rwandan citizens. According to Kigali sources,
confirmed by a number of foreign security agencies, Kagame is poised for even more daring
criminal moves in the heart of the United States, Canada, and the rest of the world, as he intensifies
hiring assassins from far-flung areas of eastern Europe and the Middle East.

To do that, he is directly or indirectly enabled by money accumulated from the state treasury, his
companies Crystal Ventures and Horizon Group, and aid mainly from generous benefactors like the
World Bank, IMF, European Union, United States and United Kingdom governments. He is
enabled by the rich and powerful in the West, notably former U.S. President, Bill Clinton, former
British Prime Minister Tony Blair, American Pastor Rick Warren, Jewish Rabbi Shmuley Boteach
and scores of western consultants making money from Rwanda's, and the region's, open veins. In
Africa, his principal backer and co-accused in regional adventures is President Yoweri Museveni of
Uganda.

"We are all one race-The Human Race"?! Oh really? 50,000 years ago that was true, because blacks were the only ones in the world!!! That was then, and this is now! Smile

sekou kasimu said:
"We are all one race-The Human Race"?!
Click to expand...

What are you saying that Europeans and Africans are Not of the same Race and or Specie?

sekou kasimu said:
Oh really? 50,000 years ago that was true, because blacks were the only ones in the world!!! That was then, and this is now! Smile
Click to expand...

So where did they come from? 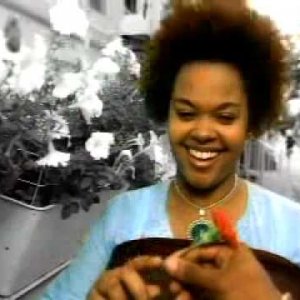