Black Christians : Path after ones death

[Shri Surya asked: Is it true that a departed soul will be around on earth for ten days after death, as people say?]

Swami replied: As soon as death occurs, the soul leaves this earth in an energetic body. The physical Earth that we live on is called Martya Loka, which is the first sub-world of the first world, called Bhū Loka. Martya Loka is called Karma Loka, which means the world of deeds, since souls are meant to perform deeds here. They are supposed to enjoy the fruits of their deeds in the other worlds, which are called Bhoga Lokas or worlds of enjoyment. After death in the Martya Loka, the soul enters into the second sub-world of the Bhū Loka, called the Preta Loka. Preta Loka means the world of the dead. In that world, the soul faces the inquiry of its qualities and deeds for ten days.

After those ten days, the soul leaves Preta Loka as said in the scripture “Itaḥ paraṁ preta śabdo nāsti”. To indicate this, the priest throws away the stone representing the soul during the ritual on the tenth day. The soul then enters Naraka Loka or Pitṛ Loka. These two worlds are the third and fourth sub-worlds of Bhū Loka. Naraka Loka is hell where the soul enjoys the fruits of its sins. Pitṛ Loka, which is located on the moon, is a place meant for enjoying the fruits of the soul’s neutral deeds. Most people live and perform deeds in the Martya Loka (earth) only for the sake of themselves and their family. They work expecting some benefit in return. Such self-centered people can only reach Pitṛ Loka. Pitṛ Loka means the world of ancestors since most of our dead ancestors reach this world. But some souls, if they serve the public without aspiring for any fruit in return, can even enter the second world called Bhuvar Loka.

Swami replied: The soul had identified (adhyāsa) with the physical body for a long time in the Martya Loka. The same superimposition (adhyāsa) of the soul’s self-identity upon the physical body continues even in the Preta Loka, just after death. When the body is destroyed, the soul is deeply hurt and pained due to this continuing superimposition. The superimposition continuing in the Preta Loka has a purpose in that it enables the soul to recognize the deeds done by its body as the deeds done by itself.

Black Christians : Stephen Hawking Was an Atheist. Here’s What He Said About God, Heaven and His Own Death
2 3 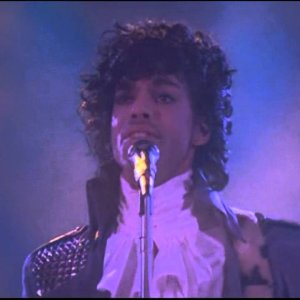