" Putin observed as much — he said that he was aware of nothing criminal about Hunter Biden’s business connections in Ukraine. "

On Sunday, Russian President Vladimir Putin sounded perhaps surprisingly dismissive of recent rhetoric from President Donald Trump. Putin was responding to the whirlwind of allegations of supposed corruption on the part of the Biden family. These allegations, which Trump and his allies have...

Eye am not sure if your questions are rhetorical or otherwise, yet Eye welcome the response (ie. Because Eye am so mentally strong and opinionated Eye thought Eye was the invisible woman on Destee, LOL)

We live in uncertain times (1) plagued by the threat of losing good health insurance with no guarantee of a viable replacement, (2) plagued by a manmade virus that has changed the dynamic of the economy --worldwide and threatens to remove the middle class, and replace it with a rich class and a working class only , (3) plagued by an *** dragging government that relegates a stimulus relief package for its prople to the bottom of the pile while packing the Supreme Court with a majority of justices primed to overturn Roe vs. Wade --a personal --not a political-- matter between a woman and her body; and last --but certainly not least-- (4)plagued by environmental changes certain to adversely affect the ecological balance of this country and the world.

All three of these factors actively bloster and support an occuring bridgework known only to the present administration ---who adapted good economic trends from the previous administration yet refuse to be accountable for what is going on right now. Eye say: It's A Big Hot Mess.

If the same people who voted for Donald Duck vote for him again ---they deserve to get a mouthful of the sinkhole **** brought upon by the current administration.

Of course Eye already know that Donald Duck did not win the election of 2016 fairly--he lost the popular vote by some 5 million votes. Yet it was the 'fake' lift from the electoral college that pushed him over the top!

Eye can't wait to see how the votes are counted...!


MikeDwight said:
I'd have gotten to the polls in '08, the only thing they even Said is his wife accepts him as black ,he's the first , second, bill clinton president, that's black, everyone threw a bunch of crazy black barack obama supporters marching around, so ya I'd have been happy to get to the polls and vote black. Is that what it is? Oh and by the way, where's the one guy that even LIkes Donald Trump for anything ? Where is he?! Right wing extremists, blacks making up imaginary friends about themselves, obama jogging pants, and scarves, and hats, and street patrols dudes. Nobody thought a thing on Donald Trump start to finish. Was that it? Barack Obama goes down in history I threw a dollar at black politics, I hope? No? Then well, I got misled in my election cycle. end.
Click to expand...

trump and his slight of hand moves and political lies....


"...The Trump administration has recently removed the chief scientist at the National Oceanic and Atmospheric Administration, the nation's premier agency, installed new political staff who have questioned accepted facts about climate change and imposed stricter controls on communication at the agency.

The moves threaten to stifle a major source of objective United States government information about climate change that underpins federal rules on greenhouse gas emissions and offer an indication of the direction the agency will take if President Trump wins re-election ..."

"McLean had reportedly asked them to respect the NOAA's scientific integrity policy which prohibits fabrication, falsification and manipulation of research data driven to fit a political agenda..." 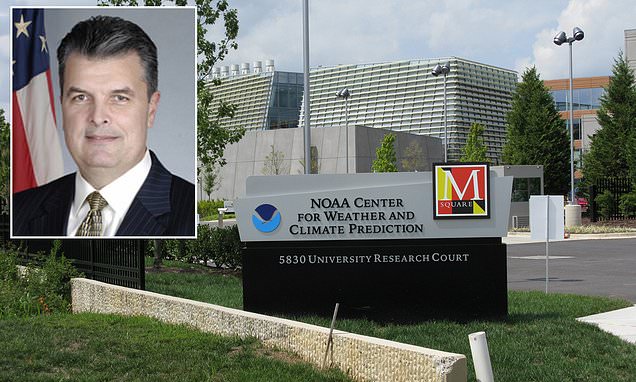 Craig McLean, the agency's acting chief scientist, was dismissed from his role last month shortly after sending an email to the new political appointees, including ex- Trump adviser Erik Noble.

Log in
Similar threads
Black People Politics : BIDEN WINS PART 2
Black People Politics : VOTE_Fraud claims aimed in part at keeping Trump base loyal ..
Black People Politics : Older Black Voters are doing their part
Black People : Consciousness Raising Online - for Oct 11, 2020 - Africa Before Invasion Part 1
Black People : CONSPIRACY THEORY PART II
Black People Politics : Facebook to pay users to quit the app as part of election study
Black People Politics : CONSPIRACY THEORY PART 1
Black People : Cosmic Slop (1994) A three-part anthology
Africa : 10 African Countries Have No Ventilators. That's Only Part of the Problem
Black Spirituality Religion : Is This Present Coronavirus Outbreak a Part of Biblical Prophecy (the Pale Rider)?
Black Poetry : Each part of your body is a whole love-erotic poem lyric, romantic, erotic fantasy, no beauties of nature can compare with this and even the views of
Black Spirituality Religion : Salawa (Karma) and its ramifications for African people according to Vodun part two
African Traditional Religion : Salawa (karma) in Vodun and how it creates Maroons part 1
Ghana : Ghana granted citizenship to over 100 African Americans and Afro-Caribbeans as part of Year of Return
Black Spirituality Religion : What part did God play in the creation of any religion?
Black Short Stories : The Auguries Part II
Black Poetry : I'm a brown Soul Sista looking for a bold mister in VIRGINIA BEACH My mini-skirt is a part of my wor
Black Poetry : SANTA’S CUMMING (A COMEDY) Glad sometimes sex is a messy start for the fleshy part Of a girl’s body
Black Poetry : Use to sketch online for a great stretch of time come up with art nice enough to suffice a part of m
Black Sports : Marc Gasol part of Mediterranean rescue effort to save shipwrecked migrant woman fleeing Africa
Black Poetry : SANTA’S CUMMING (A COMEDY) Glad sometimes sex is a messy start for the fleshy part Of a girl’s bod
Black People : My misguided views: The prediction of the fall Part 2
Black People : Sexualizing Children Now a Part of School Curricula
Audio Video Web Conferencing : Africa Before Invasion Part 2 - Consciousness Raising Online with Brother OldSoul
Black Poetry : A part of All
Black Relationships : Is arguing a natural part of every relationship?
Black Children : How Are You Striving To Be A Part Of The Solution Today?
Black Money Business Jobs : 5 Part-time Franchise Opportunities for Your Side Hustle (Don’t Quit Your Day Job)
Black Sports : This is part of the reason they don't like Serena
Black Hebrew Israelites : HEBREW ISRAELITE ORIGINS -- PART II
Black Christians : Tithing and New Covenant Giving - Part 2
Black People : Be a part of the healing power of nature
Black Christians : Tithing and New Covenant Giving - Part 1
Brother AACOOLDRE : Secrets Uncovered: J.Edgar Hoover Part 2
Black Poetry : look I feel sick need deals quick and after a few days disaster plays a part master the phrase of HI
Black Entertainment : Idris Elba Will Push His Body, Mind and Engineering Know-How in 4-Part Series, ‘Idris Elba No Limits
Black Relationships : Shahrazad Ali on Geraldo (1990) PART 1 thru 4
Black Poetry : wow black history month is a joke unless the whites play their part here's what it should be
Black People : The Perpetual Slave Part 1
Black People Politics : Black Consciousness vs Christianity – Part 1.
The Front Porch : Hello everyone, I am please to be a part of this forum
Black People : I Am A Part Of The Black Diaspora In The Americas Too!
Black People : We Are A Part Of The Black Disapora!
Black Spirituality Religion : Freemasonry & What It Means to Black Men: Part I
Black Entertainment : Whatever Did Happen To Hip Hop Part Two
Black People : Are You Truly A Part Of The Black Lives Matters Movement
Black People Politics : What Sanctions? US Receives Two RD-181 Rocket Engines From Russia, Part of New $1bn Contract
Black People : Bamboozeled Part 2
Black People : Bamboozeled Part 1
Black Spirituality Religion : What part does religion play in the black race?
Share:
Facebook Twitter Reddit Pinterest Tumblr WhatsApp Email Share Link 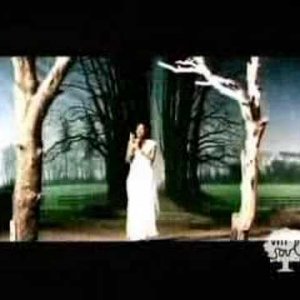