When Classius Clay 1st came on the scene many boxing experts called him a "Heavyweight Sugar Ray Robinson". Classius (later Ali) pretty much copied Robinson's style, and made it work for him. Ali also let it be known that Sugar Ray was the greatest "fighter" of all time, while he was the "greatest heavyweight" of all time! If you notice during the pre & post fight interviews for the 1st Classius Clay-Sonny Liston fight, Sugar Ray is standing next to Classius...there was definately mutual respect between the two.

Unfortunately Ray Robinson suffered from the racism that was rampant in boxing (and society) during those times. It is inexcusable that he was not filmed during his prime. Robinson was always viewed as a special boxer, he was also feared and avoided by most white fighters. As a result he like most great black fighters: From William Richmond, the 1st African American to fight for a boxing title in 1805 (against Britain's Tom Cribb), Tom Molineaux who was cheated in a fight against Cribb, Jack Johnson, Harry Wills (the colored heavyweight champ in 1922), Henry Armstrong (considered the greatest fighter outside of Robinson), Beau Jack, Ezzard Charles, Jersey Joe Walcott, Archie Moore, and too many more to mention. All of these guys were avoided at their best, and were only challenged when white fighters felt that age slowed them down!

The black fighter has always been feared, so much so that in the 19th century many white fighters adopted fake names to soften the embarrasement of losing to one. John L. Sullivan's (the 1st heavyweight champion of "modern" boxing) proclaimation that he would never fight a Negro was more because of fear than pride. The black fighter will always be the best in the sport, and Sugar Ray Robinson is the best of the bunch.

P.S. Red, check out "A Hard Road to Glory: The African American Athlete in Boxing" by Arthur Ashe Jr! It contains boxing history dating back to the 1800s that you wouldn't believe!

Black Sports : Sixers got 3 players and a 1st-round pick for nothing

Black Sports : Kevin Love will be MVP this year... I got a thousand destee dollars on it!
2 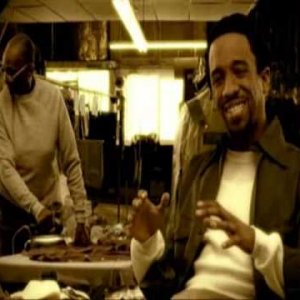