Black History : OUR STORY [A Past, Present, and Future Compendium]

In celebration of Black History Year -- we honor the life and legacy of Inman Page, educator and school administrator, one of the first African Americans to graduate from Brown.

This image represents "The Negro Brotherhood of Seville, Spain as presented on page 100 of "100 Facts About The Negro" by JA Rogers.
If you don't know the origin of this truth you'd think this sheet wearing started with the hate group known as the KKK. Well it did not.
My point is this: Why should we ever have feared a symbol of dress that was created by our own kind? There is really nothing to fear but fear itself and of course knowing the truth about our history. We once feared this costume because we did not know our history --plain and simple.
Truth be told culture bandits know our history, trace our history and present our history back to us s though it is theirs and ITS NOT!

Opportunity Magazine
Page 164
June, 1927, New York
"...To all appearances the American organization copied the dress of those believers in Christ. Not even in garments, it seems, is the American order original. They are evidently copied faithfully from a very sacred brotherhood whose devotion won them the love and gratitude of the Spanish people from King to peasant, Pontiff to believer..."

This is Mekatilili wa Menza. She was a fearless and prophetess. She led her peeps, the Giriama, into a revolt against the imperialism of the British. She was born in the 1860s. She is best remembered for slapping a British Colonial Administrator over their disagreement of imperial policies and attempts to subdue she and her people.

She once said: "...I am not afraid to speak the truth and fight for my people…"

How ingenious - that 2 inventors from Kenya (David Gathu and Moses Kinyua) developed a bio-robotic prosthetic arm that functions by brain signals.

Black History : The Myth Was $150,000 in Fraud. The Real Story Is More Interesting

Black History : The story of 'Patton's Panthers,' the black WWII tank unit that crushed Nazi forces on the Western f

Black History : The story of Boni 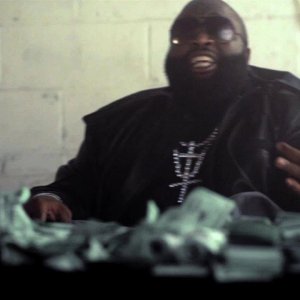