Sango is my Orisha and my main energy. There is 3 Sangos some seem to think. I shall list them for novelty.

1ST. Sango.....the ancient Alaafin of Oyo who was a twin. Sango was a twin but his father was the Alaafin back during a time when the Yoruba people considered twins to be a curse. The law was twins were to be killed at birth and the mother that bore them as well in order to protect the community from bad fortune. But the king loved his wife, she was his favorite wife, Sango's mother was from Nupe where her people were known for very powerful ju ju. So when the King's wife bore twins the king had her and the twins sent to their mothers people the Nupe. One of the twins was Sango Kainde Ejigobe and the other name was Sango Taebo Kainde.

Fast forward the Alaafin leaves for Orun and Ajaka's Sango's elder brother is chosen to be Alaafin. But Ajaka lived a plush life in the palace and his soft temperament didnt command respect of the war ministers. At this time the Yoruba people were very corrupt and the empire was being threathened by encroached by outside tribes who seized Yoruba farm lands on the border. War ensued but the Yoruba armies couldnt defeat the enemy and get the stolen land back.

So Oyo Mesi made a decision to dethrone Ajaka and give Sango the title of Alaafin. Sango was younger than Ajaka. Sango was in the country so word had to be sent to bring to the palace in Ibadan. While in the country as a Prince, Sango was free to train in military sciences. Sango was well respected in the army in being a great warrior and he had come up in the ranks with many not knowing he was in fact a Prince of Oyo. So Sango receives the crown. Sango re-organized the Oyo Military, he put the soldiers to work in infrastructure public works projects, he mandated no Oyo general or commander or War minster can come back undefeated or without victory in battle. Sango was very successful, he had lots of enemies, but his ju ju or magic was very powerful and many feared him. Because Sango was a twin his ashe was much higher than the normal priests, in Africa the King is a high priest and head of the religion. Sango didn't need herbs, roots or potions to work his ju ju. Sango was favored by Esu Oro and he only needed to speak and fire would issue forth from his mouth. This is to say not actual mana mana or fire but Sango could do ju ju by chanting scared incarnations. Sango was a great dancer, he would dance with a large clay filled with red hot coals without getting burned. He was a very powerful king and women loved him.

For 7 whole years that Sango ruled that Yoruba people was at war but prospered into the largest empire in the history of Africa. Upon his death, mysterious or debated, Sango was defied as being an incarnation of the Orisha Jakuta, who in the Holy city Ile Ife is worshipped as the Orisha of Thunder. The later is the 2nd Sango. The man who became a god or Orisha. Sango is a great Ancestor or Egun.

The 3rd Sango is the Orisha of Justice and as all Orishas are apart of Olodumare the Orisha Sango is Olodumare's spirit of Justice in an injustice world. It's no wonder when the people are angry with injustice their first reaction is burn everything owned by the unjust. So we say Miana Sango, Mana Mana, Who is the favorite of Esu. And as powerful as Sango is as a warrior, Alaafin, and spirit of Olodumare's justice he is not more powerful than Esu. Because Esu is the custodian of ashe, in other cultures who have concepts of universal energy like chi or qi or ether or ashe the Yorubas didn't make Esu an it but a person so we could connect with him better. Esu has females paths so women also can be Esu. But Esu and Sango are of one heart because Esu loves mana mana in his walk because Sango stays busy building and bringing justice.

There is a Sango Church or Temple in Ibadan where Yorubas attend like you would any worship service in any African American religious house. They pray to Sango, ask him for assistance in matters and make confessions to him. There are Sango dances, initiations, chants and songs, which the women are the custodians of Sango as Sango loved women and was the ultimate male which men are the helpers of women. All boys going to manhood must be approved by women. Also is a Sango day where festivals are held and the Alaafin of Oyo is honored, who is a bloodline relative of Sango. In Oyo Tunji lies an authentic Sango Temple like in Ibadan set up by Oba Adefunmi I. The temple like the one in Ibadan is ran by women priestesses who are in charge with managing the archives of Sango. Sango is an complete religion of its own just like Christianity or Islam. Most Orisha systems are complete religions within themselves.

Since Sango was an Ibeji or Twin there are twin altars in the Sango temple so the people can honor twins.

Sango is worshipped in Dahomey or Benin or Vodou a different way but still works. I will talk about this one another time. 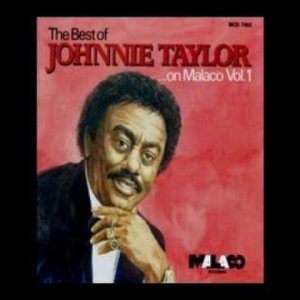