DNA experts have questioned Oprah Winfrey's belief that she is a member of South Africa's Zulu nation. The African-American chat-show host announced during a recent visit to South Africa that she had had a DNA test that had shown her to be a Zulu. She also told South Africans she felt "at home" in the country. "I went in search of my roots and had my DNA tested, and I am a Zulu," Ms Winfrey said at a seminar in Johannesburg last week. Professor Himla Soodyall of South Africa's National Health Laboratory Service said it was likely that Oprah Winfrey would have taken a mitochondrial DNA test.
"This involves tracing only one particular line in a person's ancestry, which passes from mother to all her children but then only transmitted to the next generation by her daughters," she said. There is not much to distinguish between various linguistic groups... because they have diversified more recently than genetic differences Professor Himla Soodyall In other words, the test can trace a genetic line of a person only to their mother, their maternal grandmother, and so on, matching only one ancestor in each generation. Identifying a person on the basis of their DNA can only be done by comparing their DNA results with those of other people who were already tested and their data recorded in a database. "The conclusion that she had Zulu ancestry would indicate that Oprah's mitochondrial DNA lineage must have had an identical match to someone in the global database who was identified as a Zulu individual," Prof Soodyall said.
Click to expand...

i thought she was talking about Africa Bambaatta
K

Very interesting! It's good for her if the research are true.
R


Also, I thought most of our people came from West Africa while the Zulus dwelt primarily in south-east Africa.

I have a friend who is of the Shona tribe and she explained to me that the Shona and Zulus are part of the much larger Bantu ethnic tribe.

Perhaps the DNA matched because both the Zulus as well as Oprah's ancestral tribe were both part of the much broader Bantu tribe.

Perhaps she really is descended from Zulus.
K

Ralfa'il, here we go again, the typical nonsense! Tell me if African Americans are a 'tribe' ??? Why you immediately use the word "tribe" for the Shona, the Zulu and the Bantu people? You have the nerve to use the word 'tribe' for groups of people who trace their heritage to great kingdoms and composed thousands of local communities and developed sophisticated trade routes? You speak the same language as white racists! 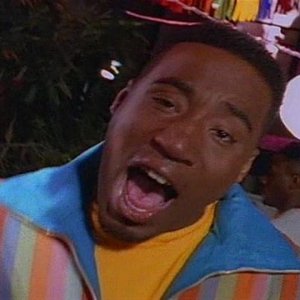