I read that Oprah gave away a brand new vehicle to every one of her audience members. Normally I would think something like this is exciting but Oprah's audience mostly consist of middle class to high class white women who fly from various states just to see her show. Why not give a brand new vehicle to 200 + low income families that do not have cars. It really makes me sad and upset to hear about this. Did anybody else read about this? If so, What are your thoughts?

No, I did not read about Oprah giving out cars to her audience, but where you there when she gave all of her audience members $300 grills, $1,000 no $5,000 worth of housekeeping items and stuff? I was very irate to see that, because you are right sistah, they are middle class to affluent white people. The only show black people get on is Ricki Lake, and maybe Jerry Springer to make a fool out of themselves. But back to my point.

My aunt is a very hard-working successful women who does all sorts of things for the Black Community, and she is not a millionare herself. She wrote Oprah a letter asking of her to help support a board game she created for children in the Black Communities to stop smoking and to say no to drugs. Oprah wrote her back, and said that she could not help her, because she did not have the MONEY! Ha! Oprah Winfrey not having the money!
Ever since then, I have not even seen a picture of her, or heard her voice, and this was 7 months ago. She is paid billions, as long as she keeps the white folks happy. The government has alienated her, and the black women who support her by reading her magazines and reading her books, watching her on TV of course, are her victims. When was the last time she helped out a struggling family? Even her own family? The fact that she has billions bothers me. Its her money, but she earns it by being an opulent white women's best friend.

No offense, but I would not be surprised if the only African-American culture in her house was the maid or servant paid to clean up after her.

I don't like the way rich black folks treat the rest of the community, I really don't. All I know is I will NEVER be rich. And as you can see, like Oprah sistah, some people are just too supportive of white folks who don't need money; they need a better reputation.

Yes, she actually did give a car to every one of her audience members. They were pretty nice cars too.

Hmmmm....she stated that her staff searched diligently for individuals that really needed cars. Whether this is true or not, only Oprah, her staff, and the audience members know.

I do agree with you though. There are many low class families that desperately need a vehicle. By Oprah's audience consisting of mostly middle and high class women, I'm sure that many of them could afford to purchase a car if their current vehicles were in such bad conditions.

However, I am not one to knock blessings for others.
A

I'm not one to judge another however, I do have a strong opinion about this issue.

Oprah is very rich and I'd hate to think that she has, all this time, been one of many Black people who do not reach back to help those who were left behind on her way to the top.

While I was moved by her journey to South Africa and her giving Christmas gifts to the children there, I just thought that instead of little dolls and whatnot, how about investing in building some little places they could live with running water and roofs that don't leak. I've seen many African people who play sports and all that give back to Africa by building hospitals and feeding the people there. This is money that she has paid her dues for but come on, O. How about purchasing uniforms for those without them? They aren't allowed to attend school without a uniform, what's the doll gonna do? It sure won't feed them. Would it hurt to invest in medication and better facilities for the parents dying of AIDS and leaving children to raise themselves.

I read a Christmas of her magazine and she has about two other Winfrey's at the dinner table with her. The rest were people you never heard of before.

I see her shows consisting of specials on products that cost an arm and a leg and all these give aways for the audience. I just think that all that money should be put into improving the Black community. What happened to the episodes about the charities and all that?
C

I just refuse to watch the show. I admire her for the empire she has built...but her show and giveaways do not move me. 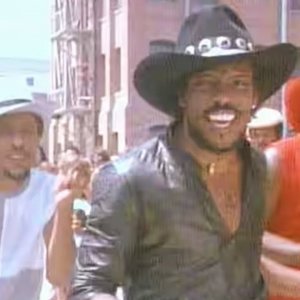