I had heard on the news a few times, how Oprah felt she was discriminated against because she's Black, by a store in Paris. Word is, she was going to buy a watch for Tina Turner, but they would not accommodate her!

Do they not know who Oprah is?!!

Let me say, this is not a "Bash Oprah Thread" because i love our Sister, but it just goes to show, money aint no nuff ... not all the time anyway.

PARIS -- Oprah Winfrey is suggesting that she was turned away from a ritzy store in Paris because she's black.

Winfrey showed up at Hermes after-hours, wanting to buy a gift. Employees refused to re-open just for her.

"Hermes regrets not having been able to welcome Madame Oprah Winfrey and the people accompanying her to give them all the attention and service that Hermes is committed to giving each of its clients in the world," the store said in a statement Tuesday.

The store added that it was closed for a public relations event and couldn't re-open, and expressed "its sincere regrets for any misunderstanding that these circumstances could have caused."

But Winfrey sees it as a racial incident. A spokeswoman is calling it a "Crash" moment.

"Crash" is a movie about racism.

The spokeswoman said Winfrey will talk about it on her talk show when it returns in the fall.

she showed up after they were closed, looking for special treatment.
i wouldn't have let her butte in either.
I

jamesfrmphilly said:
she showed up after they were closed, looking for special treatment.
i wouldn't have let her butte in either.
Click to expand...

I agree with you James.

She showed up wanting to be let in after the store was closed. It's very possible they didn't recognised her since in person she doesn't look like she does on the show.

Well.. i think it can be racially motivated. But.. really now.. if she wanted the store to be open jsut for her she should have called first. Star or no star.. the people who work there ahve lives to get back to as well.. are they supposed to have their children wait up so they can cook dinner.. tuk em in? I think not.

So stop the press on this one!

jamesfrmphilly said:
she showed up after they were closed, looking for special treatment.
i wouldn't have let her butte in either.
Click to expand...

Brother James, actually that's not unusual treatment for celebrities of Oprah's magnitude... Most of these folks can't shop without being mobbed, and harrassed for autographs, so upscale stores actually extend them that courtesy... Afterall, it's major money these folks spend, so you'd only hurt yourself as a businessperson if you turned an Oprah away... 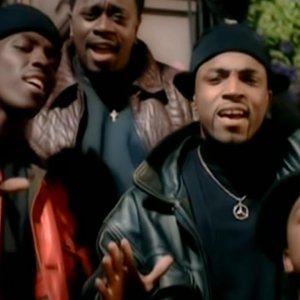