Black People : One Adam and Eve or many others

Now bear in mind that the Hebrew text refers to the so-called God as Elohiym a plurality which means more than one and the Hebrew code for God is JHVH with the vowels e,o and a inserted (Jehovah) by English translators later. So in this first part of the story Elohiym has created man and woman (human kind) in "their" likeness and blessed "them" and told "them" to be fruitful and multiply, and fill the earth and subdue it. Not a single man and woman but many (them). So everywhere we see the word God in the first part of the story we shall replace it with Elohiym.. Also the Hebrew code or word for man is (ah-DAHM) which more accurately means mankind...Plural noun..

Now in the second part of the story which begins in Genesis 2:5 after everything has been created in seven days which (probably refers to the day in time not the same week ) which is why Genesis 2:4 states that these are the generations (possibly thousands of years) of heavens and earth when they were created (probably terraformed by the Elohiym) ...


Genesis chapter two
[2:1] Thus the heavens and the earth were finished, and all their multitude.
[2:2] And on the seventh day God finished the work that he had done, and he rested on the seventh day from all the work that he had done.
[2:3] So God blessed the seventh day and hallowed it, because on it God rested from all the work that he had done in creation.
[2:4] These are the generations of the heavens and the earth when they were created. In the day that the LORD God made the earth and the heavens,
[2:5] when no plant of the field was yet in the earth and no herb of the field had yet sprung up - for the LORD God had not caused it to rain upon the earth, and there was no one to till the ground;
[2:6] but a stream would rise from the earth, and water the whole face of the ground -
[2:7] then the LORD God formed man from the dust of the ground, and breathed into his nostrils the breath of life; and the man became a living being.

So in verse seven we have the LORD ( in upper case) God forming man out of the dust (DNA) of the ground and breathing into him a living soul.. In the Hebrew code or text this Adam is referred to as ha'adam ( HAH-ah-DAM which is a singular noun and also the LORD God in Hebrew text or code is saying that;
Yahweh Elohiym; or perhaps, Yahweh (of the) Elohiym is an individual deity from among the collective.

Now skipping a few verses ( probably quite a few years ) we now have the LORD God not God doing the following....

[2:21] So the LORD God caused a deep sleep to fall upon the man, and he slept; then he took one of his ribs and closed up its place with flesh.
2:22] And the rib that the LORD God had taken from the man he made into a woman and brought her to the man.
[2:23] Then the man said, "This at last is bone of my bones and flesh of my flesh; this one shall be called Woman, for out of Man this one was taken."
[2:24] Therefore a man leaves his father and his mother and clings to his wife, and they become one flesh.
[2:25] And the man and his wife were both naked, and were not ashamed...

I'm not going to delve into the mention of this woman being his wife but what I will ask is this...
If man and woman had already been created and blessed and then instructed to be fruitful and multiply possibly thousands of years before then who and what is this new creation and were they the only ones?

Also bear in mind that the earth is estimated to be at least 4.5 Billion years old......The first primate is estimated to be at least 25 million years old... Enough time for a superior intelligent race to conduct research, experiment and development.
There are so, so many other questions in this one story to be addressed but I think that this is enough for starters..
One Adam and Eve or many others?
I must give recognition to Dee Masterson, Zacharia Sitchin, D. M. Murdoch and many other authors whose writings have challenged my mind and conditioned traditional school of thought as well as my belief system..They have given me rise to be a free thinker....
O

Genesis portrays as you rightly pointed two different versions of creation. According to my understanding and also that which I know from esoteric Jewish thought, "creation" was not a stage affair but a series of phases to reach tangible or mortal man. It has something to do with only one creature made, Adam Kadmon, which broke into several pieces for the ease of correction after it had dissociated itself from the creator. That is to say, he came from a higher level but for the purposes of experience and full acquisition of its semblance with the source, the source needed to veil itself from him not dissimilar to a child becoming independent of the parents.

From their esoteric wisdom then the Adam haRishon, the so-called first man (which will be the Adam and Eve scenario) was so referred because he was the first man to pierce the veil and begun the work of attaining equivalence of form.
In their esoteric system, MAN is especially used to refer to the awakened man and beast for the rest in situations where such metaphors are used to distinguish those on path of return and aware of their godhood potential.

Personally, I simplify it with the following to my own satisfaction:
Genesis 2
"1. Thus the heavens and the earth were finished, and all the host them.
2. And on the 7th day God ended his work which he had made; and he rested on the 7th day from all his work which he had made.....
4. These are the generations of the heavens and of the earth when they were created, in the day that the LORD God made the earth and the heavens,
5. And every plant of the field before it was in the earth, and every herb of the field before it grew: for the LORD God had not caused it to rain upon the earth, and there was not a man to till the ground.
.....
7. And the LORD God formed man of the dust of the ground, and breathed into his nostrils the breath of life; and man became a living soul."

My input:
Note that it implies he had created them but they were not yet manifested. Why? Because there was not rain or water (suitable habitat was yet to be prepared as the first condition) and
also, there was no one to be responsible for them and take care of them.( and there was no man till the ground)

So it became necessary to create man first. Yet in the early preparation or emanation or archetypal world (Gen 1), Humankind was the last creation on the "6th day" Here the is the Male (not humankind) was first creature and the feMale, last. (Read entire chapter on when the woman came. This was where the rib issue came in as well).

He then sets man and woman up to know good and evil as a necessary condition for the realization of the truth since, as it were, prior to that time they were not different naked goats or animals walking around shamelessly ignorant and impulsively following their instincts. This is the first at-one-ment with God as a new born baby or baby in general incapable of differentiation but learns till the first discernment of differences to the discernment of self volition.

Thus, from my perspective, these are more realistically descriptions of the transformation of man and thus internal conditions depicting the corrections and productivity and impact that will result from it. By the law of "As Above So Below, As Below So Above for the accomplishing of the purposes of the one" we find these correspondences so well in our physical conditions as well.
In fact some claim all are only patterned after seemingly real situations (but which situations not exactly as the metaphor of the scripture)

Personally, I don't where which starts and ends. I listen to myself and make sense out of it gradually as I grow. Eventually I am certain of some, not sure others and simply do not believe others. What I rather find is often, it is rather the misrepresentations that I disagree with.

Well true or false. It is up to the light within us.

Hope I have not added to significantly to the questions lol. 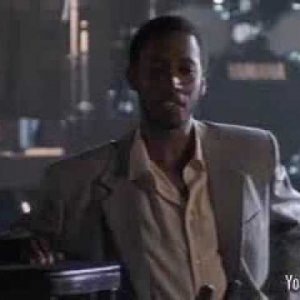