Brother AACOOLDRE : On the path to Justice

ON THE PATH TO JUSTICE

Part of the path to Justice is having a good dose of Temperance. Temperance is attained when the individual gained conquest over the Hot and Cold passional nature. This is accomplished by keeping the physical/spiritual temperature of Lukewarm (substitute for Tefnut=Heat or Spit of heaven).

The Stoics like Seneca studied Meteorology (Temperature of earth’s Atmosphere), in Egypt. Seneca “Whose writings were evidently used in the creation of Christianity” (Christ In Egypt By Dora M. Murdock p.426). Seneca’s Letter of a Stoic reports that individual were to maintain and not have Hot & Cold passions towards sin. This was his idea of a noble life of being square and Level the same attributes souls have when they are Maat (Tefnut) on the Egyptian balance scales. Seneca, like the Egyptians wanted you to avoid a spiritual Thermostat that was out of order of being a Hot head or cold heart.

We see some of the Stoic theology being transferred to the New Testament (Rev 3:16). The Stoics taught there were no middle ground or intermediate between good or evil. “A stick must be either straight or crooked” (Lives of the Eminent Philosophers Volume 2 p.231 By Diogenes Laertius). So when the NT states that a person is neither Hot or Cold but Lukewarm we know Hot & Cold are negative and Lukewarm is positive. Lukewarm is a substitute word for the Egyptian Tefnut which had several adjectives and attributes attached to it. For example:

A. Tefnut is a Cloud, rain, dew or dampness that helps mushrooms (Manna) grow

B. Tefnut is born by being spat out, a link with Lukewarm in Rev 3:16

C. Tefnut is linked with Maat or Justice=Square & Level

If you lived this type of lifestyle of being righteous (Maat/Tefnut) you will be rewarded on Judgement Day in heaven living within the cool temperate under shades. You will also be drinking and eating the substance of Tefnut from which the Hebrew scribe banned in the OT as the Tree of Knowledge of good and Evil. The NT countermanded this rule when they made Jesus a composite of Tefnut (Maat/Truth) by the symbolic representation of Manna to eat (John 6).

The Christians plagiarist were incapable of going beyond or below the teaching they received from the Egyptian religion. They run away from the origin and source of their mythology but the path of their thievery just keeps on coming back to haunt them. 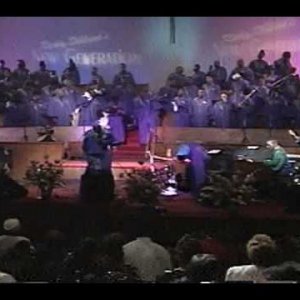