We need to start watching and compiling a list of people that are detrimental to the Black community. Some of these people are voted into their positions. If this is the case we need to watch the elections they are in and do everything in our power to get them voted out.
Post as much information you can find on the person or organization. Please post links.
This has to be a group effort so please add to the list.

There are three high-profile cases in the state of Florida where a legal firearm was discharged by someone who later claimed self defense. Two of those cases, George Zimmerman and Michael Dunn, who both shot and killed unarmed black teens, resulted in acquittals on murder charges. The third is the case of Marissa Alexander, who is awaiting a retrial now with the new threat of 60 years hanging over her head.

Daniel Pantaleo (This is the officer that choked Eric Garner to death) Police Officer has been stripped of his gun and shield as the NYPD continues to investigate the death of 43-year-old Eric Garner,


indya said:
With all that has and is happening in Ferguson I find it interesting that a measure to stop militarizing the police was voted down back in June. The Congressional black caucus voted overwhelmingly to continue the practice.


With elections coming up I plan to keep an eye on what the politicians are DOING and voting for, not what they're saying.
Click to expand...

Almost 99.9% of your Black politicians and preachers in the United States are either Boule or Masons and since these organizations were put together by White Supremacists you know where to find the corruption. But how you're going to stop conspiracy and corruption after the fact? Because by the time you figure out there's a conspiracy it's already too late. These people act fast and with unified chaos theory. They create distractions to cover up their crimes. They own all media and they drown out any dissent or any contraire opinions or truth.

Think about this, there's video of NYFD with firemen covered in the smut and dust that came from the collapsing towers. When interviewed right after the towers collapse these escaped from death firemen say they heard explosions go off whilst they were in the building. These firemen are quite sure of what they heard as several of them claimed to have heard explosions. Was this information covered in the media? No. They accused anyone of not accepting the government's concocted story as treasonous, the governments version is more a conspiracy because their story has no evidence to back it.

Why waste time with trying to fix White Supremacy we should be working on Black independence. It's White people's job to deal with White Supremacy and the evil of their brethren upon humanity and themselves but doesn't look like that's going to happen.

C
Black People : The Only Lord That Is Going To Bless You
2

Black People : If Texas Black Community is going through hell then we all are !

Black People : Activist and Actor , Danny Glover breaks down what is Really going on in Venezuela
2

Black People : We are going backwards
2 3 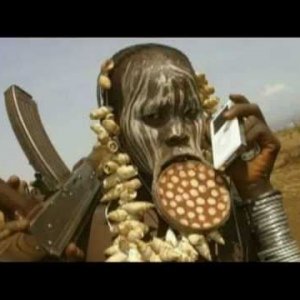