Allah's Being and the Limits of Human Imagination:

Some people, due to intellectual weakness or simplicity, assume that everything must be comparable to their own past experience. They rely on the imagination, which is really only capable of visualizing that which has in one way or another already been experienced. This is why the imagination is incapable of grappling with absolutes and with universal concepts.

Prophet Muhammad (peace be upon him) was referring to the limits of human reason when he said:
People will keep asking questions until they come to asking: “Allah created the universe, but who created Allah?” Whoever has thoughts like this should simply declare: “I believe in Allah.” Seek Allah’s help and desist from such thoughts. [Sahīh Muslim (134)]
The human mind has limitations, and our human perspective is deficient. Because of this, some people fall into misgivings with respect to Allah’s pre-existence. We need to realize that we are dealing here with a matter of faith; in other words, a matter which transcends the limitations of human reason.

After making the statement quoted above, it is mentioned that Prophet Muhammad (peace be upon him) advised reciting the chapter of the Qur’ān entitled “Purity of Faith” (Sūrah al-Ikhlās):
“Say: He is Allah, the One. Allah, the Self-Subsisting. He begets not, nor is He begotten, and there is none like unto Him.” [Sūrah al-Ikhlās: 1-4]
The crucial verse here is “He begets not, nor is He begotten”. It shows that Allah’s perfection and Self-Subsistence defy human experience and transcend the limits of the human imagination.

So Allah says: “Allah, the Self-Subsisting. He begets not, nor is He begotten” and immediately follows it with: “and there is none like unto Him.” We cannot compare Allah with anything in our experience. Likewise, we find that Allah commands us: “Do not give likenesses to Allah.” [Sūrah al-Nahl: 74] This is the way our faith in Allah should be.

Prophet Muhammad (peace be upon him) advised those who were plagued with doubts like “Who created Allah?” to: “Seek Allah’s help and desist from such thoughts.” Nothing can be gained from pursuing the line of thinking as to “Who created Allah?” Allah’s nature cannot be compared to created existence, nor can it be compassed by the limitations of human reason. The human mind, however, can conceive of Allah’s existence and acknowledge that He is the Creator of all things. In fact, the human mind resists any attempt to compel it to deny Allah’s existence.

Communist regimes of the 20th century tried to compel their subjects to embrace atheism. They employed every forceful means at their disposal, but the people refused to deny Allah. They resisted the most authoritarian attempts to crush their belief in Allah’s existence.

The human mind acknowledges the existence of a Creator. Reason cannot escape from such an acknowledgment. The mind, consequently brings us to seek guidance About Allah and gives us a natural inclination to worship Him. We are receptive to Allah’s Messengers, and Allah would not leave His creatures without guiding them to the wisdom as to why they were created. Indeed, Allah says: “I have only created humanity and the Jinn to worship Me.” [Sūrah al-Dhāriyāt: 56]

The intellect certainly recognizes Allah, but it is not capable of comprehending all of His attributes. The role of Allah’s Prophets and Messengers is to teach people what they need to know about their Lord and how Allah wishes them to worship Him. This protects people from concocting all sorts of rituals and rites from their own imaginings that have no basis in revelation from Allah.

Allah is the First who is not preceded by anything else. This is a concept that cannot be fully grasped by the imagination, but it can certainly be accepted by the mind and heart. Our awareness of the limitations that our minds have is a crucial awareness.

Likewise, Allah is the Last, whose existence persists without end. As such, Allah is truly the Inheritor: “And remember Zechariah, when he cried unto his Lord: ‘My Lord! Leave me not childless, though You are the Best of inheritors.” [Sūrah al-Anbiyā’: 89]

Allah is timeless and eternal, without beginning or end. By contrast, all created things have a beginning and end.

Allah says about the Sun: “And the Sun runs its course to a point determined.” [Sūrah YāSīn: 38] The Sun and other celestial bodies are far older than the living things on Earth. But just like the fleeting lives of terrestrial beings, the stars are born and they die. All things in the universe must come to an end.

Allah cannot be understood according to the terms of material existence. He is not bound by the laws of physics which are themselves part of the nature of what He created. It is no surprise that the mind cannot fully grasp the Creator, since the mind is itself created and subject to the limitations of its created nature. The mind can only fall into confusion and self-deception if it tries to rationalize that which is beyond its powers.

Rather, we should apply our mental efforts to matters our minds are capable of engaging with – the universe that Allah created and the vast horizons of knowledge that it presents. Allah has given us the rational ability and the imaginative power to uncover and conceptualize the physical laws of nature. We can harness such knowledge to benefit humanity in ways that please Allah. .

Black Muslims : Where is Allah
2 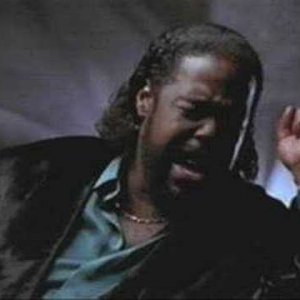