DADA:children born with naturally mattted or locked hair that cannot be combed. The natural hair texture is similar to 'dreadlocks' and is not in that state by choice.

In the past, the parents of a new baby often consulted a diviner on the third day after its birth to find out, among other things, the nature of the baby's inner head and what should be done to preserve a good destiny or to rectify a bad one. This ceremony is called imori (know the head) or ikose waye (the first steps on earth) (Idowu 1995:192). To formally welcome the baby to the world of the living (Ilé Ayé), there is a naming ceremony on the seventh or ninth day after its birth during which its head is completely shaved. 7 Until the ceremony, the baby is often addressed as Omo titun, alejò ayé (New baby, a stranger to the physical world). Babies born with knotted or curly hair are considered sacred and are automatically given the name Dàda or Ekine. Partly because they are thought to be special gifts from the orisa and partly because their knots of hair are likened to cowrie shells (money), these children are thought to attract wealth to their parents, 8 as indicated in this Dàda's panegyric (oriki): 9

A Dàda's head is not shaved during the naming ceremonies because it is believed that the knotted hair has special powers. The hair may be washed but must not be combed. As Marilyn Houlberg has noted, the "heads of Dàda children are shaved only under special ritual conditions. The act of head-shaving may be said to mark the incorporation of the already sacred child into the world of the living" (Houlberg 1979:377).

Black Spirituality Religion : Yoruba: The Orisha of Fatherhood? Is there One?

Black Spirituality Religion : Are There Any Similaities Beween KMT and Yoruba?
9 10 11 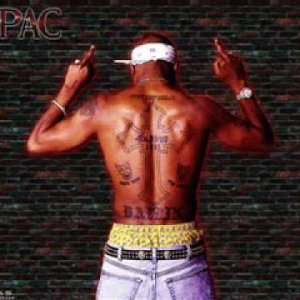