I thought this blog on art work and on the presence of Moors in Europe was put together very nicely. I want to stress though, based upon my research the word Moor has become sort of like a general term to define so many different kinds and cultures of Black people that became a dominant part of the History of Europe and earlier, Rome too, which is of course one small part of Europe. But it is a term that works for the time being. However, it would be no different from the term, African or African American in that we come from so many different lands and cultures from the huge continent of Africa over periods of hundreds and thousands of years. But we have a commonality whether we come from Nigeria, the Congo, Ghana, or etc. Today, when we hear ‘African’ the image that should immediately become obvious in our minds and our commonality that ties us together should be our woolly hair, full lips, and other features and also are dark skin color that we have been known to be defined in reference to for so long. This would be no different when we hear the term ‘Moor’. Yet all of these terms have an origin. Therefore, it would be this reason that I strongly believe that even though it becomes vital to regard IMAGES when we try to discover our lost history, it should never be the primary determinant.

I believe that the number one reason we have been deceived, our history lost and suppressed, has been done through the process of the portrayal of FALSE IMAGES that have been implanted in our minds and psyche to define certain major and pivotal figures in ancient times. If we rely solely on images even in comparison to us today to confirm history, we will be completely deceived at some point in the process:


We are the representation of the third and fourth generations from the chattel slave experience in America and what that means is that WE ARE MIXED, many of us still exhibit some traits that are not purely ‘African’ [Kemet], how then can we verify ancient artifacts that depict ancient Kemeti people or Nubians as proof of not being intermixed or biracial. The people of ancient Africa did intermix! Therefore we must seek to confirm images and artifacts to words in context. We need to eventually identify specific foreigners and Asiatic cultures at particular times in ANCIENT history that became apart of ancient Black civilizations. And we need to eventually trace the general terms that describe our collective whole at certain times in history back to its origin as well, less we remain deceived. When the Moorish history resurged in Europe dated to begin in AD 711, we need to remember this was the beginning of the Arab Movement as well. So what that means would be that many of the Moors that came back into Europe to intermix with an already Black population of earlier Moors and etc., did NOT come alone! They were eventually followed by the Arabs and Arab Muslims and such. So white people that also migrated back into Europe as apart of the movement came to revive their old Roman power, and they gave thanks to this movement that began in AD 711. But they are not giving thanks to the Moors, rather they are giving thanks to their Arab buddies that helped them deceive the Blacks and overtime, successfully drove them out of Europe and into the hellish existence of the Slave System. White deception is more patient than we have been conditioned to believe. Hindsight shows that many have died and passed on their quest to dominate the Black world on to their descendants. It was a concept that has its origins since the time of antiquity. Those Black Moors and Muslims were totally deceived by their Arab ‘brotherhood’. However, at the time the ‘Moors’ were known to be dominant in Europe before and even after the fall of Rome and up to the time of Columbus there were so many other interchangeable terms to define Black African typed people who lived in Europe too. At times, a Celt could be regarded as a Moor and also a Hun could be thought of as a Moor, or a Celt too! We were once regarded as ‘Coloreds’ and before that ‘Negroes’…and before that Natives! For this reason, my research is always based on script as a primary source to determine the truth and images are always the least method I use to confirm history.

I have come to realize though that we today have become inundated with so much new technology and with bright new technological ways to re-introduce old images into our minds as being credible, whether or not it was even as such in the past. At any rate, I realize the importance of research in this area too, and therefore look for certain artifacts, pictures and blogs that might correlate, somewhat, to what I have to offer in words. And, I thought this brief blog was really nice:

In 711, a Muslim army under the command of Berber general Tariq ibn-Ziyad crossed the Strait of Gibraltar and invaded Spain. After defeating Roderick’s army at the Battle of Guadalete in southern Spain, Muslim forces advanced swiftly into the rest of Spain. They never left until 1492!!
http://www.reformation.org/spanish-inquisition.html

Just browsing and saw that the you tube I posted is gone!

Chevron Dove said:
Just browsing and saw that the you tube I posted is gone!
Click to expand...

apparently, the youtube was never deleted because when I checked my stats, the link was still there. At any rate, I had to resubmit it again. This is one of my most favorite youtubes of all times! It was put together so classy, and I love the music too: 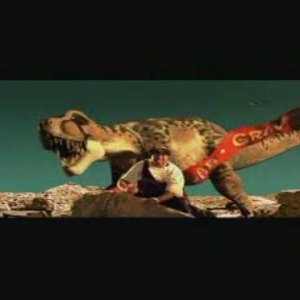