Black People : Oh But For The Life Of Me

The Divine Truth has revealed the Reality about The Luciferian Human Being, Now What You Gonna Do Black Afrikan Woman And Man?

So, Black Afrikan Woman And Man, Where are your Black leaders and their Luciferian, Jewish Arab God, Turn to self and you will learn what God Is, beloved.

I go away for a moment and what occur that has Black Afrikans all spiritual disfigured over the thought of Death and the proverbial Hell that religion promise to be your resting place of agony if you do not pray begging the God of Lucifer for mercy when standing before "HIM".

Fear is what rule the mind of Black Folks, it is a weapon that destroyed the Black Afrikan Civilization because we had not the courage to Divinely Think our way to Divine Mental victory.

So I share, there but for the strength of a Divine Black Universal Being Mind and for the Love of Me do I with all Humility with self submission am I with Divine Innerstanding concerning corona virus thing now having the Black world to be included partaking in the fear that now is controlling the believers, blind they are to the true meaning and implication that Lucifer has given to a developed organism flaming bodily agony with death being an encore taking advantage of the weaker internal organs present in the body of living so call Human Beings, such an out come have you to be no more Divine living physical Beings.

Oh that you would allow Fear to be your spirituality of expression and to verify the character of fear that reveal the depth and quality of your weakness, yet you refuse to acknowledge in the purity of Darkness that a mental weakling you have been in the religion of belief revealing an emotion of fear when Death come out from hiding to reveal its capturing fangs causing pain to a religious congregation of liars who at time of want to be comforted by Jesus he is no where to come to protect you, yet with the mind of a devilish human being you still refuse to acknowledge the condition of your mental confinement.

I choose to be in the circle of self enlightenment, studying the action and behavior of events dictate by Lucifer and even at the height of your fear and by the forsaking of your religious God you without hesitation fall on your knees uttering words of desperation to a God Lucifer made.

Oh Black Afrikan people, you with a mind so weak, why are you fearful of what is to come for it is the other half that goes with living and you squander living by believing in a religion that keep you filled with fear and anxiousness, never entertaining the thought of the fact that to live is the Greater Good to freedom and to live without freedom is as if you never been, experiencing not the Joy and peace Freedom is and not fear and lies and deception that promise to you something that Lucifer God can not give to you, which is calmness and the glorification of Divine awareness of What the Greater Good God Is, it being the Divine Essence that have you with the responsibility to the collectability Black Universal self, the quality of self that thrive on Knowing the Divine Truth and reality about what the purpose and graciousness of Living to be Divinely Is to the sacred Divine Intuitive Self.

Oh for the love of me why can it not be that the Black Race will ever see to think to know the difference in being Divine and not being religiously blind, such require a Divine penetrating mind you be able to see to learn to know what God Is and what that devilish Human Being is capable of doing and being to Black Afrikan people, such quality of knowledge require a Divine Mind to see beyond looking at the Corona Virus with a spirit and character that is liken to that of that Luciferian Human Being.

A Divine Black Afrikan Spiritual Retreat is what Black Folks need, a religious mind only cause you to bleed with a mind that does not belong to that Black Body. 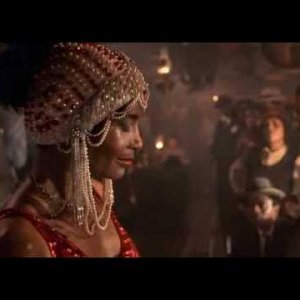