MysteryDoors said:
Crowley said that a mystical experience in 1904, while on holiday in Cairo, Egypt, led to his founding of the religious philosophy known as Thelema. Aleister's wife Rose started to behave in an odd way, and this led him to think that some entity had made contact with her. At her instructions, he performed an invocation of the Egyptian god Horus on March 20 with (he wrote) "great success." According to Crowley, the god told him that a new magical Aeon had begun, and that Crowley would serve as its prophet. Rose continued to give information, telling Crowley in detailed terms to await a further revelation. On 8 April and for the following two days at exactly noon he allegedly heard a voice, dictating the words of the text, Liber AL vel Legis, or The Book of the Law, which Crowley wrote down. The voice claimed to be that of Aiwass (or Aiwaz) "the minister of Hoor-paar-kraat," or Horus, the god of force and fire, child of Isis and Osiris and self-appointed conquering lord of the New Aeon, announced through his chosen scribe "the prince-priest the Beast."
http://www.poeforward.com/poetry/crowley.html
Click to expand...

Aiwass is the name of the being whom Aleister Crowley claimed dictated The Book of the Law, the central sacred text of Thelema, to him on April 8th, 9th, and 10th in 1904.
http://en.wikipedia.org/wiki/Aiwass

Thelema
The religion known as Thelema was founded in 1904 by the English poet and mystic Aleister Crowley (1875 - 1947), who is regarded as its prophet. Those who follow the path of Thelema are called Thelemites.

The book The Holy Books of Thelema includes most of the books which Thelemites consider to be Crowley's "inspired" texts, and which form the canon of Thelemic Holy Scripture. The chief of these is Liber AL vel Legis, sub figura CCXX, commonly called The Book of the Law. The contents of this book are rather cryptic, and Crowley has prepared a number of commentaries thereto for clarification.
http://www.religioustolerance.org/thelema1.htm

The Book of the Law - Liber AL vel Legis
1. Had! The manifestation of Nuit.

2. The unveiling of the company of heaven.

3. Every man and every woman is a star.

4. Every number is infinite; there is no difference.

5. Help me, o warrior lord of Thebes, in my unveiling before the Children of men!

6. Be thou Hadit, my secret centre, my heart & my tongue!

7. Behold! it is revealed by Aiwass the minister of Hoor-paar-kraat.

9. Worship then the Khabs, and behold my light shed over you!

10. Let my servants be few & secret: they shall rule the many & the known.

11. These are fools that men adore; both their Gods & their men are fools.

12. Come forth, o children, under the stars, & take your fill of love!

13. I am above you and in you. My ecstasy is in yours. My joy is to see your joy.
http://www.sacred-texts.com/oto/engccxx.htm 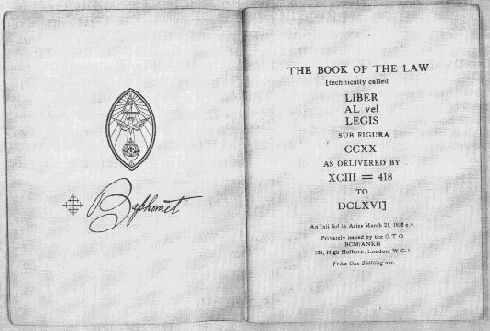 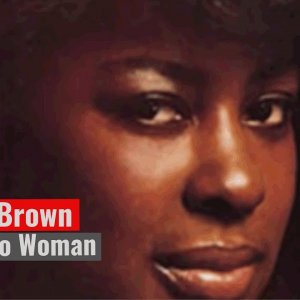