Always weird how these "terrorist" and so called "rebel" groups pop up all of a sudden in mineral rich areas of Africa just after Bush and the Project for the American Century created AFRICOM in 2004, so after the sacking of Libya with the aid of UN forces, Bush and wife just happen to be in Tanzania of all the places in the world, the same time Obama is there?

Some Background on W and the Motherland;
- The destruction of Africa - It is understandable that Bush did not wish to advertise his ties to Barrick. The company is not only an important corporate element of the London-centered Club of the Isles and the British global raw materials cartel--a British link that might prove embarrassing to Sir George, at a point when Anglo-American relations remain at a low point, and when British propaganda organs are leading an all-out assault upon the U.S. Presidency. But, Barrick, along with the South Africa-based Anglo American Corp., is engaged in a strategic metals grab in Central Africa, which is being abetted by the greatest genocide per capita in modern times.
From April 1993, when Uganda's President Yoweri
Museveni, on behalf of London, launched the genocide of
the Hutu majority in Rwanda, through to the ongoing
invasion by the same Museveni-led forces in eastern Zaire,
Central Africa and the Horn of Africa have been turned
into a killing field. Local, British-sponsored
``countergangs'' have been unleashed to depopulate a region that possesses the world's richest strain of precious metal deposits, while a string of Club of the
Isles metals cartels, including Barrick, moves in for the
kill.
http://american_almanac.tripod.com/bushgold.htm

Sounds very "heroic" but the aim kinda seems clear after the "root out the terrorists" rhetoric they told the press in Iraq, Afghanistan, and Mali!

The Democratic Republic of Congo government Wednesday deployed hundreds of soldiers and tanks along its frontier with M23 rebels territory creating up new tensions in the war-torn country.
The M23 Spokesperson Rene Abandi told New Vision Thursday that the DR Congo Army has stationed their forces on several fronts in Mabenga and Butembo and opened more fronts in Tongo and Giseguro in the North Kivu province which is a clear sign that they want to attack the M23 positions.
The reports comes hours after the DR Congo army spokesman Colonel Olivier Amuli told Radio France where he said that the government Army, Forces Armées de la République Démocratique du Congo (FARDC) has already finalized plans and strategies to fight the M23 rebels
http://allafrica.com/stories/201306201339.html 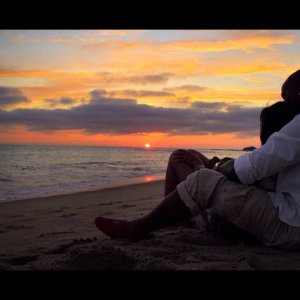