(Oct. 29) -- A little girl who allegedly drove her bicycle into an elderly woman when she was 4 can be sued for negligence, a New York judge has ruled.

Juliet Breitman was 4 years old in April 2009 when she allegedly raced her bicycle -- still fitted with training wheels -- into 87-year-old Claire Menagh in Manhattan. The woman suffered a hip fracture that required surgery; she died a few weeks later, according to The New York Times.

Courts have ruled that children under the age of 4 cannot be held legally liable. But Justice Paul Wooten of the State Supreme Court in Manhattan said that Juliet can be sued because she was almost 5 years old at the time of the incident in question.

A lawyer for Juliet and her mother, Dana Breitman, had argued that taking such legal action against a pre-kindergartner at play was illogical. "Juliet was not engaged in an adult activity; she was riding her bicycle with her training wheels under the supervision of her mother," attorney James Tyrie wrote in court papers, according to The Wall Street Journal.

But Wooten said supervision didn't excuse the behavior. "A parent's presence alone does not give a reasonable child carte blanche to engage in risky behavior such as running across a street," he wrote.

Wooten also said Breitman was old enough at the time of the alleged accident to know that hitting an elderly woman was wrong. He said there were no "mitigating factors apparent in the record that would indicate that another child of similar age and capacity under the circumstances could not have reasonably appreciated the danger of riding a bicycle into an elderly woman."

Tyrie and Breitman did not immediately return calls for comment this morning.
Filed under: Nation

Do they honestly believe a 4year old intentionally rode her bike into someone, or even understand what's going on? How do you sue a child who probably can't even read yet, let alone wipe herself? I can understand if they were sueing the mom ...but the child. smdh... It's awful to hear the harm it cost the elderly lady, but how in the world do you morally sue a child this young and sleep soundly at night? Sickening! The extent people will go through for a dollar! 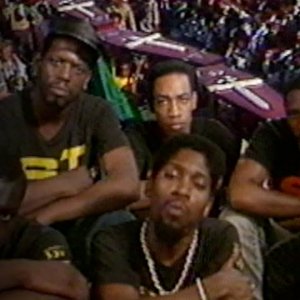