Black People : No Single Payer provis. in Bill means Bailout for the HMOs

According to Congressman Dennis Kucinich (D-OH), the Democrats' health reform legislation is basically a sham.

Appearing on MSNBC's The Ed Show on Friday night, the House's most unabashed progressive condemned Democratic leadership for removing his amendment that would allow states to create their own single-payer systems. Then he called the entire legislative package "a bailout for insurance companies."

Under a single-payer system, like those in Canada and the United Kingdom, the government pools taxpayer funds to pay for citizens' health care and fees are not collected by health care providers. The Kucinich amendment would allow individual states an opt-in to such a system.

The amendment is missing from health reform legislation unveiled Thursday by Democratic leadership.

"Representative Kucinich was livid when he found out that his provision to allow states to create a single payer system was stripped," News Junkie Post noted. "Kucinich’s amendment passed the House Labor and Education Committee in July. 'No one gave me any rational reason,' Kucinich said. 'I can only assume the insurance company interests brought pressure to take it out. Otherwise I would have heard from someone.'"


"The [committee] vote was 25 to 19, with support coming from an odd mix of liberal Democrats who support single-payer on its merits and conservative Republicans who want to preserve the rights of states to regulate themselves," The Washington Independent noted at the time.

"The removal of the Kucinich amendment constitutes yet another capitulation to the health insurance and pharmaceutical industries who are already reaping billions of dollars from the bill," reads a statement from the congressman's office on Thursday.

Under the revised public option, "Pelosi and her team have proposed a plan that would not make payments for care based on Medicare rates ..." CBS News's John Nichols noted. "Rather, under the Pelosi plan, the rates be tied to those of the big insurance companies. That's a big, big victory for the insurance industry, as it will undermine the ability of the public option to compete -- and to create pressure for reduced costs."

But instead of working toward the elimination of for-profit insurance, H.R. 3962 would put the government in the role of accelerating the privatization of health care. In H.R. 3962, the government is requiring at least 21 million Americans to buy private health insurance from the very industry that causes costs to be so high, which will result in at least $70 billion in new annual revenue, much of which is coming from taxpayers. This inevitably will lead to even more costs, more subsidies, and higher profits for insurance companies – a bailout under a blue cross.

By incurring only a new requirement to cover pre-existing conditions, a weakened public option, and a few other important but limited concessions, the health insurance companies are getting quite a deal. The Center for American Progress’ blog, Think Progress, states, ’since the President signaled that he is backing away from the public option, health insurance stocks have been on the rise.’ Similarly, healthcare stocks rallied when Senator Max Baucus introduced a bill without a public option. Bloomberg reports that Curtis Lane, a prominent health industry investor, predicted a few weeks ago that ‘money will start flowing in again’ to health insurance stocks after passage of the legislation. Investors.com last month reported that pharmacy benefit managers share prices are hitting all-time highs, with the only industry worry that the Administration would reverse its decision not to negotiate Medicare Part D drug prices, leaving in place a Bush Administration policy.

During the debate, when the interests of insurance companies would have been effectively challenged, that challenge was turned back. The ‘robust public option’ which would have offered a modicum of competition to a monopolistic industry was whittled down from an initial potential enrollment of 129 million Americans to 6 million. An amendment which would have protected the rights of states to pursue single-payer health care was stripped from the bill at the request of the Administration. Looking ahead, we cringe at the prospect of even greater favors for insurance companies.

Recent rises in unemployment indicate a widening separation between the finance economy and the real economy. The finance economy considers the health of Wall Street, rising corporate profits, and banks’ hoarding of cash, much of it from taxpayers, as sign of an economic recovery. However in the real economy – in which most Americans live – the recession is not over. Rising unemployment, business failures, bankruptcies and foreclosures are still hammering Main Street.

This health care bill continues the redistribution of wealth to Wall Street at the expense of America’s manufacturing and service economies which suffer from costs other countries do not have to bear, especially the cost of health care. America continues to stand out among all industrialized nations for its privatized health care system. As a result, we are less competitive in steel, automotive, aerospace and shipping while other countries subsidize their exports in these areas through socializing the cost of health care.

Notwithstanding the fate of H.R. 3962, America will someday come to recognize the broad social and economic benefits of a not-for-profit, single-payer health care system, which is good for the American people and good for America’s businesses, with of course the notable exceptions being insurance and pharmaceuticals.

Like the villain in the Star Wars Prequals, the Republicans got exactly what they wanted

By pretending to be against the bill

Sicko notes that the HMOs were given a big impetus by the Republican Nixon administration in the early 1970s. The film contains excerpts from a taped White House conversation between Nixon and John Ehrlichman, Nixon's top domestic affairs advisor, on health care policy. In this Feb. 17, 1971 conversation, Ehrlichman talks about his meeting with Edgar Kaiser, head of the Kaiser Permanente HMO. Ehrlichman says that health maintenance organizations should be a key part of Nixon's health care plans. Why? Ehrlichman explains that "Edgar Kaiser is running his Permanente deal for profit. And the reason that he can . . . the reason he can do it . . . I had Edgar Kaiser come in . . . talk to me about this and I went into it in some depth. All the incentives are toward less medical care . . . the less care they give them, the more money they make." Nixon replies, "Not bad." The next day Nixon gave a televised speech announcing his new health care initiative which touted HMOs as a key to spreading health care. These tapes show that Nixon and co. saw the HMOs as a way to keep health care limited and that the main purpose they served was to fatten the wallets of the health care executives.

In 1970, the number of HMOs declined to less than 40. Paul Ellwood, often called the "father" of the HMO, began having discussions with what is today the U.S. Department of Health and Human Services that led to the enactment of the Health Maintenance Organization Act of 1973
http://en.wikipedia.org/wiki/Health_maintenance_organization#History

The Health Maintenance Organization Act of 1973 (Public Law 93-222), also known as the HMO Act of 1973, 42 U.S.C. § 300e, is a law passed by the Congress of the United States that resulted from discussions Paul Ellwood had with what is today the Department of Health and Human Services. It provided grants and loans to provide, start, or expand a Health Maintenance Organization (HMO); removed certain state restrictions for federally qualified HMOs; and required employers with 25 or more employees to offer federally certified HMO options alongside traditional indemnity insurance upon request (the "dual choice provision"). HMOs were required to meet three basic requirements. These were to offer a specified list of benefits to all members, charge all members the same monthly premium, and be structured as a nonprofit organization.

The Act solidified the term HMO and gave HMOs greater access to the employer-based market, providing for the rapid expansion of HMOs in later years. No longer needed now that HMOs are widespread,[citation needed] the dual choice provision expired in 1995. This has led some large employers to cease offering HMOs, replacing them instead with Preferred provider organizations (PPOs). 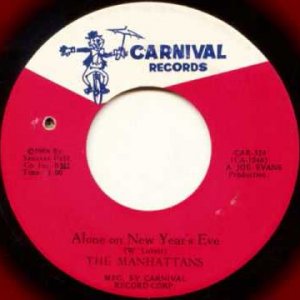