Black People Politics : No, I Won’t Empathize With a Trump Supporter Now—Here’s Why

You are correct on all points.

I never thought about changing my registration from Democrat to Independent. I don't want to be deluged by phone calls, texts, emails or snail mail from anyone demanding fealty or money.

I volunteered for the Democratic Party during the 2012 election when I lived in Virginia. I moved from there in mid-2014, but my name must still be on some lists. Because I still got about 40 texts through the primary and the general election from folks who volunteered for Biden.

Now, that's what I call a ground game.

I volunteered to help Dems in New Jersey and heard back from only two or three people. Of course, the Garden State is not a battleground.

Your suggestion definitely has merit.

You are absolutely right in your analysis.

After studying the 2016 election results, most political pundits and observers said if Blacks and other Dems had voted in the same numbers as they did for Obama, we could have been spared Trump.

I am not going to look at what others did or did not do. Our people owe a debt to our forebears who died to bring us the vote.

But so many of us dismiss this and act as if voting can be ignored.
Click to expand...

I find particularly true among our younger voters (18-35). They just don't know how important voting is and the effect that it can have on their live. As long as they have a job or can get by anyway they can, then the heck who is in office.

We are totally lost as black people as a group or community than can come together in matters that are in our best interest. We have become complacence and think more about our own individual interests than the interest of the whole. Now more black males voted for Trump than black females. Now what's up with that.

Fireman said:
I find particularly true among our younger voters (18-35). They just don't know how important voting is and the effect that it can have on their live. As long as they have a job or can get by anyway they can, then the heck who is in office.

We are totally lost as black people as a group or community than can come together in matters that are in our best interest. We have become complacence and think more about our own individual interests than the interest of the whole. Now more black males voted for Trump than black females. Now what's up with that.
Click to expand...

You're right. Their goal is a good job, which everyone should strive for. But dang it, don't stop there. Hold the door open for your brothers and sisters. But don't grouse and get ticked off because someone got a position and you didn't.

A lot of young people seem to want to ignore the real danger our Race faces in this country and around the world. When questioned or confronted, some would rather respond in childish fashion.

It is a shame that so many of our young really do not understand what it took to win The Vote for our people. All the murders, the jail terms, the beatings, the church and house burnings.

What Trump Showed Us About America​

What Trump Showed Us About America

A disruptive presidency is coming to a close. Here’s what 35 thinkers say it revealed—not about the man, but about the rest of us.

www.yahoo.com
The single most confounding thing about the Trump era is that we still do not really understand why more than 70 million Americans voted for Donald Trump, and why there remains a smaller core of fanatical supporters who will believe anything he says—most recently, that he won the election but that it is being stolen through voter fraud. 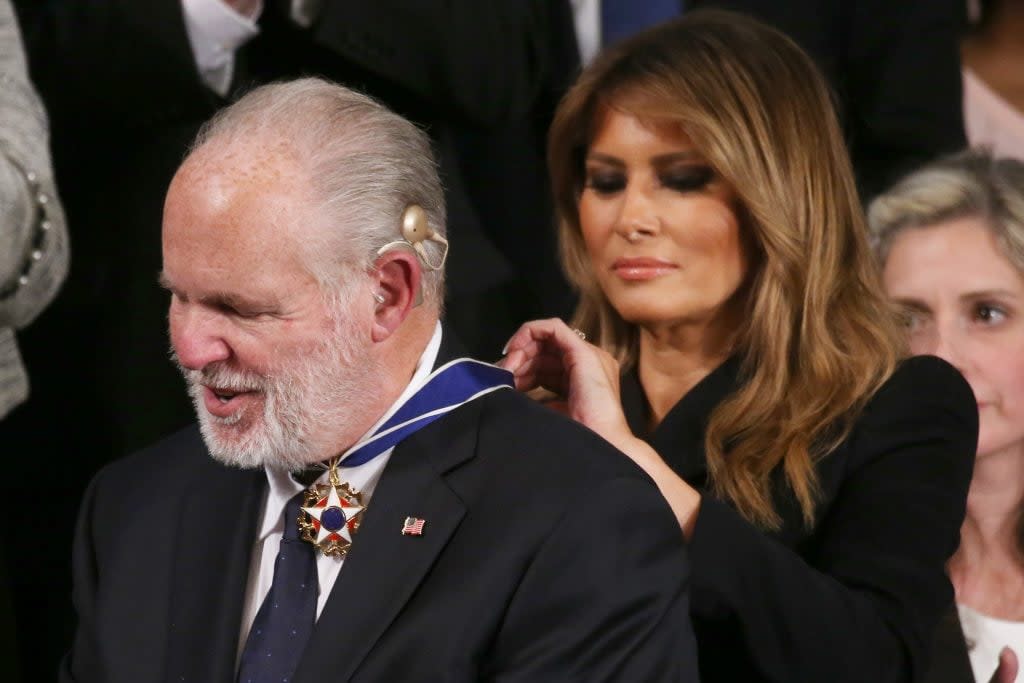 On Friday, a caller on Rush Limbaugh’s radio show couldn’t hold back tears as confessed his allegiance to Donald Trump, telling the conservative radio host that he was willing to “die” for the president. “I want to hearken back to your statement about Georgia, and about the Trump voters,” the...

www.yahoo.com
“No one stands for us, Rush, only you and Donald Trump! God forbid. What do we have left? I love my president. I’m not a revolutionary, Rush, but I would die for my president. This man has given more to this country than anybody, and he has no need to. None! He’s a billionaire. He doesn’t need this,” the caller continued.