What began as a movement demanding the dissolving of Nigeria's SARS (Special Anti-Robbery Squad), is now expanding. SARS is billed as an elite unit of the Nigerian Police Force that is supposed to combat violent criminals.

But the police group is widely known for killing, torturing and extorting Nigerian civilians, particularly young people. Nigerians have been taking to the streets in peaceful protests demanding an end to the brutality and extra-judicial executions.

At least 56 people have died across the country since the protests began, according to various news reports. In many instances, Nigeria's security forces have used excessive force to control or stop the protests.
T

the bastards in the governent will still sleep peacefully, i really hopes this gets big news coverage outside of nigeria

The news coverage of this massacre has faded. However, there have been follow-up reports.

I check several news websites daily and one of them is AfricaNews. There were scores of news reports about this massacre in its immediate aftermath. BBC published a news report on Nov. 10. The movement has been labeled "End SARS." That may be one way to search for news on the continuing protests.

I want to be careful of getting reports about Africa from Black news writers who are based in the country they are reporting from. Or at least long-time news writers who have been based on the continent for years.

Know is amazing about the protests? How many women in Nigeria are bolstering the ranks of those demanding police reform and an end to this so-called elite police unit. Just like women have been instrumental in the Black Lives Matter groups in the U.S.

Bless our women warriors and voters!

For nearly three weeks, starting Oct. 8, Nigeria found itself reeling from multiple demonstrations across the country after a video showing a member of the Special Anti-Robbery Squad (SARS) killing a man surfaced on social media, sparking public outcry.

Young Nigerians, long profiled by SARS, a police unit notorious for kidnapping, extortion, torture, and murder, demanded its dissolution. Their discontent forced the usually slow response Nigerian president Muhammadu Buhari to act and his government announced the disbandment of the unit three days after the protest began.

But the protesters refused to let up, seeking tangible efforts from the government as proof that the already four-times disbanded entity was gone for good ...

... But perhaps the most distinctive characteristic of the protest was the prominence of young women in steering and sustaining the movement. It’s worth noting while many of the high-profile cases of police brutality have been predominantly inflicted on young men, Nigeria’s police have also been linked to numerous sexual assault and violent incidents against women. 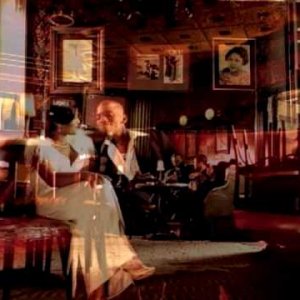