Law Forum : NFL SHUTS DOWN ANY LEAKS OR INVESTIGATION INTO SKINS PROBE!

The NFL didn’t want a written report on the Washington Football investigation. Congress just showed why.​

When the allegedly independent investigation into the depths of the Washington Football team’s toxic workplace concluded this summer, the NFL’s suffocation of information had already been implemented.

Despite what was arguably the most serious and widespread probe in league history into a team’s internal environment, very little of it was papered. Or at the very least, papered in a way that could create the kind of historical record that often tangibly links the principal offenders to those who are charged with holding them responsible for their acts. Instead, the NFL determined that attorney Beth Wilkinson wasn’t required to produce a written report, choosing for commissioner Roger Goodell to hear the news through oral reports and verbal findings. At worst, it sounded like a pre-emptive coverup. At best, it was a chess move that could allow the NFL to control the flow of information and the narrative that would come to define it.
Of course, the NFL has never explained why it did this. But now it doesn’t have to. Congress just spelled it out for the league.

If you’re a multibillion dollar corporation that obsesses over informational secrecy, you never want to get a request from the legislative branch of the U.S. government that contains the words “oversight” and “reform” in the letterhead. But if you’re the NFL, you certainly feel a lot better about it when the communication is seeking to pry into an investigation that has no historical record of findings to speak of. It’s almost as if the league might have thought there was a possibility that a day like Thursday could materialize, when two representatives from the House Committee on Oversight and Reform notified Goodell that they aim to dig through that Washington Football investigation.
It's an investigation that is surely easier to obfuscate or manipulate this week, simply because it doesn’t have a neat and tidy set of written reports and findings that were dropped on the commissioner’s desk. Nor does it contain suggestions of what the investigator believed the league needed to do to clean up the Washington mess. An outcome that was very much unlike the NFL’s probe into the Carolina Panthers in 2018, which concluded with attorney Mary Jo White providing a lengthy investigative report to Goodell and a set of recommended changes for the entire league. Among White's recommendations: a completely ignored suggestion of having the NFL prohibit the use of non-disclosure agreements (often referred to as NDAs) to hide violations of the personal conduct policy or muzzle witnesses who could aid investigations into such violations.
Let that wash over you for a moment.
Three years ago, when the league went through a probe, the lead investigator made a historical record of everything and told the NFL to stop allowing the use of NDAs to protect the guilty from their transgressions. The same kind of NDAs that — what a surprise — some women were asked to sign after raising complaints about their treatment inside the Washington franchise. It probably says something about the league’s Carolina experience and the ensuing fallout that just three years later, it went ahead and ditched the official record entirely this time around.

© Provided by Yahoo! Sports Roger Goodell and the NFL learned something from their investigation into Panthers owner Jerry Richardson. Unfortunately, what they learned was how to hide information better. (Kevin C. Cox/Getty Images)
The NFL is a learning organism with a lot of highly paid lawyers. It makes a lot of mistakes, but it rarely makes the big mistakes twice — and even when it does, the league showcases the ability to incur less damage the second time around. Usually by strangling the flow of information, finding the optimum time to dump news and then spending less time explaining itself after facing questions.
After the Richardson fallout, which necessitated the team being sold to David Tepper, Goodell and his faithful band of executives had plenty to chew on long before the latest mess came along. And it appeared the braintrust used its time wisely when it came to strategy, managing to break into the clear after the Washington investigation (which was worse than what happened in Carolina), only to get caught in a public furor over email leaks.
Even in the face of that, the league still didn’t make the mistake of procuring an encyclopedia of findings in the Washington probe — and that could prove to be of some help if this congressional magnifying glass turns into an electron microscope. At the very least, it makes things harder for the oversight and reform that is touted on the letterhead handed to Goodell and his lawyers.
We’ll see where this goes. This inquiry is bold in terms of what it’s seeking, which is pretty much everything at this point, including “[A]ll documents and communications obtained in connection with the investigation into the WFT, its management, its owners, and any other matter relating to or resulting from the WFT investigation.” It’s also asking about the role that the NFL and its lead attorney, Jeff Pash, played in the Washington probe, as well as raising concerns about the use of NDAs.
Oh, and lest we forget, this letter is also seeking a reason why no written report was produced. Given the nature of that question and the fact that congressional members on an oversight committee are asking, it appears to be self-explanatory.
For its part, the NFL is already saying it looks forward to speaking with legislators who are concerned. It's a nice sentiment, but continents away from “looking forward” to explaining any facet of its investigation, let alone turning over “all documents and communication.” Just rolling over at the first request would be defeating the purpose of obfuscating information in the first place.
Don’t expect the NFL to be engaging in any surrender on this one. Not in terms of anything that could be harmful to its teams, the league or the system of justice that it continues to manage almost unilaterally. Especially when it likely knew that this day might come, and spent so much time, effort and money preparing for it.

Police : Police Have a Much Bigger Domestic Abuse Problem Than the NFL 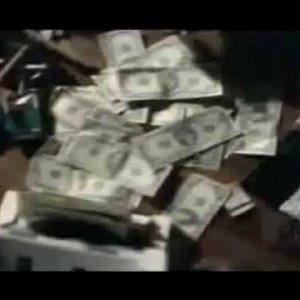